This past year, 2021, saw the largest spike or increase in drunk or impaired driving in 15 years. This is worrisome to traffic safety advocates and perhaps perplexing since organizations like MADD (Mothers Against Drunk Driving), SADD (Students Against Drunk Driving) and others have lobbied over the years for and convinced legislators across the nation, including Massachusetts, to impose stricter penalties for impaired driving.  During holidays and at other random times, police roadblocks to detain and arrest drunk drivers offer disincentives to motorists to drink and drive. Many high schools offer driving classes or seminars that emphasize the risks of drunk driving to novice motorists. 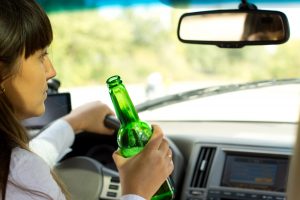 Despite increased public awareness, the National Highway Traffic Safety Administration (NHTSA) reported 20,000 fatal car accidents in the first 6-months of 2021, the most since 2006. It is also a 20% increase over 2020. Also, drunk driving remains a major factor in auto-related deaths for young drivers from ages 17 to 24 who account for 27% of all fatal impaired driving accidents. In 2021, Massachusetts experienced 360 fatal accidents of which 41% were alcohol-related, which is among the highest fatality rates in the nation and just behind Alaska, Texas, Rhode Island, Connecticut, and Montana.

The pandemic might be one factor in the spike in fatal drunk driving accidents. With less traffic congestion and decreased enforcement of traffic laws, many cities and towns saw substantial increases in fatal accidents, more speeding tickets, and more motorists cited for traveling in excess of 100 miles per hour. The costs of drunk driving, according to the NHTSA, is estimated at $132 to $200 billion annually. This includes costs to loss of business, medical and funeral expenses, litigation, and insurance expenses.

Most but not all impaired drivers who cause injury accidents are insured to some degree. In Massachusetts, the mandatory minimum liability coverage is only $25,000/$50,000, meaning that no one claimant can be compensated from that policy for more than $25,000, and that multiple claimants have to share in the dollar limit on the policy.  Drunk or impaired driving is covered in auto policies.

If the impaired driver was uninsured, then the injured motorist or pedestrian can seek compensation under their own auto liability policy, or from that of a household member, under the uninsured (UM) provision of their policy.  UM coverage is mandatory in Massachusetts and is usually provides the same coverage as the liability amount.  UM claims are handled in the same manner as if the at-fault party was the one from whom compensation was being sought…except… that the ultimate resolution if no settlement is obtained is through binding arbitration instead of jury trial.

Drunk Driving on the Rise?

Should the impaired driver have been insured but has low limits such as $25,000, the injured party can recover additional compensation through the underinsured (UIM) provision of his/her own policy, but only if the victim possessed UIM coverage, and if that coverage exceeded the responsible party’s policy limits.  UIM coverage is not mandatory in our state and you must purchase it separately.  For example, if a drunk driver had a $25,000 limit that was offered to the victim, and the victim had UIM coverage with limits of $100,000, then the victim can seek up to $75,000 in additional compensation under the UIM provision.

Should the impaired driver have been drinking excessively at a bar, inn, nightclub, or restaurant, your car accident attorney could explore whether there is sufficient evidence for a dram shop claim. To prevail, you need to show that the driver was served at the establishment while obviously intoxicated before driving and injuring you or a family member. If the driver was a minor who was illegally served, the claim  could proceed regardless of how intoxicated he or she was at the time of the accident.

Damages in a wrongful death action are different from those in personal injury claims. Also, claims are brought by the executor or administrator of the decedent’s estate for the benefit of the immediate family members. Damages can include:

Punitive damages are not covered by insurance and any recovery would have to from the defendant’s personal assets after a trial where a jury or judge awarded such damages. Merely because a driver was impaired will not typically be considered gross negligence, unless the driver had a highly elevated blood alcohol concentration level, or was speeding excessively, or driving extremely recklessly.

At Burns and Jain, a car accident attorney with years of experience handling drunk driving injury and wrongful death claims will handle your case with the professionalism and knowledge that your case deserves. Call us at (617) 227-7423 for a free and comprehensive review of your injury or death claim.