Tesla is one of the most popular luxury brands of automobiles and has marketed itself as one of the safest automobiles that you can drive.  It boasts a self-driving system or Autopilot that allows you hands-free driving under certain circumstances.  Unfortunately, its forward advance collision avoidance system has failed to function in a number of accidents, leading to serious injuries and fatalities. Also, drivers are relying too much on the Autopilot system and getting into serious accidents. 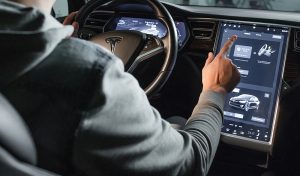 Many newer vehicles have a system that warns drivers of an imminent front-end collision and will automatically brake in an emergency. This system is now standard, but unlike Tesla’s Autopilot it does not have to be manually turned on and can be used under any conditions.

The National Highway Traffic Safety Administration (NHTSA) has been investigating at least 12 accidents that have occurred over the past 3-years with Tesla vehicles where they have crashed into police cars, emergency vehicles, and firetrucks.  17 people have been injured and one killed. All of these collisions occurred while the vehicle was on Autopilot or its Traffic Aware Cruise Control system.  The NHTSA is investigating just how well these systems are able to detect if its driver is not paying attention, and if it can “see” and respond to hazards.

Automatic braking systems have been hailed as a breakthrough in highway safety.  The Insurance Institute of Highway Safety (IIHS) highly recommends the system, reporting that it reduces the incidence of rear-end collisions by 50%, although it works far better at lower speeds and where visibility is unimpeded or unobscured.

Reports are that Tesla vehicles are running into stationary objects like parked cars and cement walls as well as at crash scenes despite flares and flashing lights that any driver would have no problem observing and stopping.  Although the IIHS tests on Tesla vehicles found that its forward collision avoidance system scored superior grades for its Model S, X and 3, the tests were conducted at low speeds or at 12 mph and 25 mph. Tesla markets its system as operating adequately at speeds from 3 mph to 90 mph, but with the caveat that it will reduce the severity of an accident, not avoid it.

Liability of Tesla and Drivers

Tesla has been facing lawsuits over its Autopilot and automatic braking system with plaintiffs and car accident lawyers asserting that its system fails to perform as advertised, that drivers are encouraged to place too much faith or reliance on it to avoid accidents, and that Tesla has not sufficiently warned its drivers about when to use the Autopilot and to always be in a position to brake or steer.  Manufacturers have a duty to consumers to make products safe for its intended use, and to warn users of any potential flaws or misuses and their foreseeable consequences. If a product requires training in how to use it properly, then the manufacturer must supply the training and/or detailed instructions.

Considering its troubling record when used as an autonomous vehicle Tesla drivers should probably be warned in no uncertain terms that they must be ready to assume control of their vehicles at all times, and to only use the Autopilot system under certain conditions. Its failure to do so, as well as its marketing of its safety systems as superior to others, may expose it to liability.  Other conduct that can impose liability include a failure to provide an effective warning to drivers, and a failure to carry out adequate tests of its safety systems.

However, drivers cannot be let off the hook or be excused if their Tesla’s braking system fails to engage in time or at all. No car is entirely autonomous, and no manufacturer has marketed its vehicles as such.  Drivers are told to be behind the wheel and to be paying attention at all times even when the Autopilot system is engaged. It is no excuse to have relied on any vehicle safety system to the extent that you fully expect it to steer or brake in any emergency so that you can doze off, read your emails, or check your hair and teeth.

Damages in any car accident injury claim depend widely on the nature and extent of your injuries. Insurers will demand that you submit or offer supporting documentation including medical records, bills, lost wage documents, reports from therapists and other medical providers, and expert testimony in forensic economics in catastrophic injury or wrongful death claims. Damages may include: