A recent car accident in Hyannis, Massachusetts involved 4-5 drunk males whose vehicle had been observed by a passing Uber driver to crash into a barricade. The Uber driver told police that he saw the vehicle impact the barricade before the males, whom he reported from observing their conduct to be visibly intoxicated, attempted to extricate the vehicle from the barricade. The car’s airbags were also deployed, which would make driving it very difficult even if it were operational. 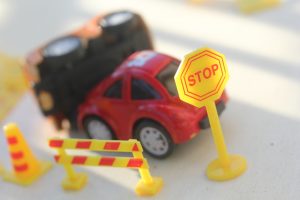 By the time police arrived, only one of the males was still present to answer to police. Apparently, he denied driving the vehicle and would not identify who was driving it. This is the so-called drunken douchebag theory or practice where intoxicated people acting poorly and/or dangerously, and generally characterized as particularly obnoxious, deny accountability for their actions. In this case, all but one of the allegedly intoxicated males fled the scene and left one person to face police, presumably with a promise to not implicate them.

It is not all that unusual in certain accidents where drunk driving is suspected in a crash and there are multiple passengers where no one will admit to being the driver, so long as the driver and one or more passengers are found outside the vehicle. Police cannot force anyone to admit to driving and absent camera footage, fingerprints on the steering wheel, eyewitness testimony, or other incriminating evidence, police would find it difficult to identify and to charge any particular person with reckless or drunk driving.

In the crash cited above in Hyannis, it would be all but impossible for police to charge anyone with DUI even after they track down the car’s owner, if it were not the sole male left at the scene. Although the Uber driver may identify one or more of the males, he may not be able to identify the driver let alone be able to state that that person was definitely impaired other than by their conduct at the side of the vehicle. If he was able to identify the driver, a competent defense lawyer could easily demonstrate reasonable doubt regarding impairment since the Uber driver likely observed the accident and the males at a distance, cannot state why or how the accident happened or how the vehicle was being driven before impact, may not be able to positively identify the driver, or be able to say how much the person drank or if he had been drinking at all since his unsteady conduct and demeanor could have been affected by the crash and deployment of the airbags.

Claims Against Drivers by Passengers in Massachusetts

Passengers injured by the negligent driver in the vehicle they were in may bring an injury claim against the driver. In the Hyannis case above, an injured passenger could sue the driver so long as he identifies the driver. But if he does not, can he still recover compensation?

The injured victim could presumably still recover PIP benefits from the vehicle’s insurer, which are limited. This could pay for some of the injured party’s medical bills and lost wages but only up to $2,000 in medical expenses if the victim has health insurance that covers the rest. If the victim had no health coverage, then he can recover up to $8,000 for medical costs. PIP will cover 75% of a victim’s weekly average earnings but only up to the $8,000 cap.

An obstacle that a victim seeking damages may encounter in a case like the Hyannis accident is that no one was identified as the driver. A driver who was intoxicated may not collect PIP benefits. Unless the victim or someone else who was in the vehicle reveals who was driving, it is possible he may be denied PIP benefits since the insurer will claim that the victim was just as likely the drunk driver as anyone else. Of course, the car accident attorney for the victim will argue that there is no definitive proof of drunk driving in this case.

Another possible obstacle to an injury claim against the driver is comparative negligence. If you knowingly get into a vehicle driven by an impaired driver, you could be found to have shared responsibility for your injuries. Under Massachusetts law, if you are more than 50% at fault, you are barred from recovering anything in an injury claim. Otherwise, your damages are reduced by your own degree of causal responsibility. For instance, if you are found 40% at fault and your damages are $100,000, you recover $60,000.

But if you can somehow show that the driver assured you that he/she was not impaired, or that you had no other reasonable alternative regarding transportation, then you may not be found partially or comparatively at fault. These matters present complex issues that requires the skills and knowledge of an experienced car accident attorney.

There have also been cases where a passenger is charged with DUI where he/she grabbed the wheel of the vehicle, even if to avoid an accident. If the passenger is found to be impaired, then that simple act of briefly grabbing the wheel that caused the car to veer out of control and crash, may be enough to charge the passenger with DUI.

It may not be below the ethics of an individual under the drunk douchebag theory to admit to being the driver so as to allow the injured passenger, who is a drinking buddy, to bring an injury claim against the driver’s insurer so long as the victim testifies the driver was not intoxicated, and he perhaps shares in any compensation the victim receives.

Depending on the nature and extent of your injuries, damages in car accident claims vary widely. Damages in a car accident injury claim may include:

Many car accident cases involve issues of liability and damages that should be handled by a highly skilled car accident attorney. Studies consistently show that injured parties recover substantially more compensation in claims if represented by legal counsel, even accounting for legal fees.

A skilled car accident attorney is always essential if you want the most compensation for your injury claim. By retaining one of our attorneys from the law firm of Burns and Jain, you can be assured that your claim will be vigorously pursued and that all avenues of compensation examined. Call us at (617) 286-3594 for a free, in-depth discussion of your car accident injury.