In early March, an 18-year-old driver was killed when his vehicle struck a pole at a high rate of speed, splitting the vehicle in half. The incident occurred at the intersection of McClellan Highway and Addison Street in Boston, Massachusetts. Another vehicle allegedly involved in the incident crashed into a guardrail, but the driver escaped serious injuries. 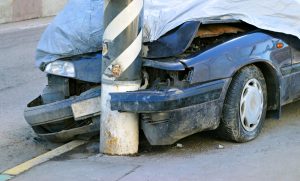 Police at the scene suspect that the drivers were drag racing, a particularly dangerous activity but one that has been popular in recent years among teen and young adult drivers. Drag racing on city streets or rural roads is not a new practice. If anyone has seen James Dean in Rebel Without a Cause, an early 1950s iconic movie, he engages in a game of chicken with another driver where they drive towards one another before one driver “chickens out” and swerves at the last second to prevent a front-end collision.

In this case, it may be difficult to fully ascertain the cause of the accident since the drivers, their passengers, and those watching were certainly all acquainted with one another. One witness at the accident mentioned that the deceased teen driver loved to drag race before declining to say anything more. Drag racing is illegal and the decedent’s friends or acquaintances who were at the scene may be extremely reluctant to admit that the decedent and the surviving driver of the other vehicle were engaged in an unlawful activity.

Unless the cause of the accident can be determined that it was due to some other person’s negligence or wrongdoing, it is unlikely that the family of the decedent will recover anything in compensation for a wrongful death claim. Drag racing is a hazardous activity, and the property damage to the decedent’s vehicle and other circumstances are strong indicators of a high-speed collision. To prove otherwise, or that someone’s negligent conduct was a substantial factor in causing this tragedy, is the burden of the attorneys representing the decedent’s estate.

It is no secret that teenage drivers are involved in more accidents than any other demographic. As a teen, you are 3 times more likely to be in a fatal crash than drivers 20-years of age and older. Males are especially at risk with the Centers for Disease Control (CDC) reporting that male teen drivers have twice the death rate than females of similar age from car-related accidents. Also, car accidents are the number one cause of death for those 15 to 19 years of age.

The reasons for the high death toll among teen drivers are many:

Public education programs and school-sponsored programs are vital in educating teens about the risks of driving and how to minimize them, though direct parental involvement and supervision is often the key to having a teen who understands and practices safe driving.

In Massachusetts, there are different licensing steps and restrictions:

Learner’s permit–you must be 16-years old, and drive only under the supervision of an adult driver at least 21-years of age who has been licensed for at least one year until you pass the road test. Once you do, you may not drive between midnight and 5 am unless supervised by an adult. These permits are good for 2-years.

Junior license—you may qualify for a junior license after having a learner’s permit for 6-months, and not have had any moving violations or substance-related convictions. The teen must also have completed a certified driver education course and present a driving log of 40-hours of driving certified by a supervising parent or legal guardian, or 30-hours if the teen completed a driver development program. For the first 6-months, the driver may be unsupervised but may not have a passenger who is under the age of 18 and a non-family member unless accompanied by an adult driver who is 21 and been licensed for at least one-year. A parent or guardian must accompany the driver if driving between 12:30 a.m. and 5:00 a.m.

A junior license holder who is a firefighter or emergency medical technician is not restricted during these early morning hours.

Cellphone Use—no driver under the age of 18 can use a cellphone in any manner unless in an emergency situation or accident. A first offense results in a 60-day license suspension. A second violations results in a 180-day suspension followed by a 1-year suspension for a third offense.

Damages in a motor vehicle accident injury case may include:

In a fatal accident, damages are different, and may include:

Damages must be proved in any personal injury or wrongful death claim and are often vigorously challenged by insurers and defense lawyers. By retaining a highly experienced car accident attorney from the law office of Burns and Jain, you will have a lawyer who knows how to maximize damages to your benefit.