In an effort to address the increasing incidents and fatalities at railroad crossings in five states, the U.S. Department of Transportation (USDOT) announced that $40 million in grants were to be awarded to the states of Washington, California, New York, Pennsylvania, and Massachusetts. An eligibility factor was that the commuter authority in that state must have experienced at least one accident at a railway-highway crossing that was investigated and reported on by the National Transportation Safety Board between January 1, 2008, and December 31, 2018. 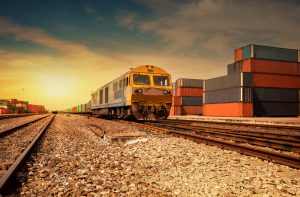 Last year, the THUD Act, an acronym for Transportation, Housing and Urban Development and Related Agencies Appropriations, gave $50 million as part of the CARSI grants to help improve safety at highway-railway crossing sites. The funds will be used to re-design  structures and improve grading at railroad crossings, to relocate roadways so as to eliminate grade crossings altogether, and remove the hazards of blocked grade crossings caused by idling trains.

According to the Federal Highway Administration (FHWA), the number of incidents at highway-railway crossings nationwide increased by 6.3%, and fatal accidents by 10.1%  between 2009 and 2019. The implementation of these upgrades, relocations, and re-design of hazardous railway crossings will hopefully substantially reduce accidents within those states that have experienced more such accidents.

Accidents at railway crossings may seem to be relatively rare though several thousand occur each year, and may appear to be easily avoidable by drivers who have made such crossings. Typically, motorists are warned while approaching a crossing by flashing lights followed by a gate arm that drops down to prevent cars from crossing the track until the train has safely passed. The gate arm will then lift up and the lights will stop flashing, signaling to drivers that it is now safe to pass.

However, accidents do occur for these reasons:

In a number of cases, lawyers for victims, including car accident attorneys who handle railroad crossing accidents, have discovered that train companies have ignored findings or reports of malfunctioning or out-of-date equipment and have even destroyed evidence that would have been incriminating to them.

There are a number of possible parties to hold accountable in a railway crossing incident where a party or parties sustained serious or fatal injuries, depending on the facts of the accident and what an investigation reveals. A railway accident is supposed to be investigated by the National Transportation Safety Board (NTSB) whose findings can be used by your train or car accident attorney to bring a claim. Local police also are expected to investigate such accidents where the injuries are serious or fatal.

However, limited resources and the lack of investigators have limited investigations to those involving multiple fatalities, and police often lack experts or the funds to retain accident specialists who have experience or the credentials in these types of cases. Accordingly, victims or their families must rely on experienced and knowledgeable car accident attorneys to retain railway accident crossing experts to fully investigate these accidents.

In many cases, the responsible parties include:

These entities have a duty of care towards motorists and pedestrians who come upon road-railway crossings, and to keep them safe and free of hazards and defective equipment that can foreseeably lead to accidents and death.

Also, theses entities, if self-insured, or their insurers will vigorously defend their interests and typically retain defense attorneys experienced in these accidents who will use any defenses and litigation tactics to prolong the proceedings, and to force plaintiffs and their attorneys to spend substantial time and resources prosecuting their claim. For this reason, you need to carefully choose a law firm that can pursue these often difficult and challenging claims.

Damages in any personal injury case depend on the circumstances of the accident as well as the nature and extent of the victim’s injuries. In death cases, damages are determined by the kind of life the decedent led, if the decedent survived for a time, and the dependence of family members on the decedent’s financial and emotional support.

If the victim survived, damages may include:

In a wrongful death claim, damages may include:

Serious injury and wrongful death cases can be exceedingly complicated, and especially when they involve an entity like a train company and a transportation or commuter authority. If a public entity is implicated, there are different notice and filing requirements than those for private entities. By retaining a highly experienced car accident attorney from the law firm of Burns and Jain, you can be assured that your claim and your damages will be vigorously pursued, and all responsible parties held accountable. Call us at (617) 227-7423 for a free, in-depth discussion of your wrongful death, train, or car accident injury claim.