A horrific fatal crash that occurred in Brockton, Massachusetts last November was described by eyewitnesses as surreal or as part of a movie set. The three-vehicle accident involved a black Acura driven by a 30-year-old male from New Bedford who was seen by witnesses around 3:15 p.m. as proceeding at speeds estimated at 90 mph at Belmont and Pearl Street. Eyewitnesses said that he sped through a traffic light some 4-seconds or so after it had turned red before striking two vehicles. One of the impacted vehicles was a Hyundai SUV driven by a female who was found trapped and unconscious inside her car. 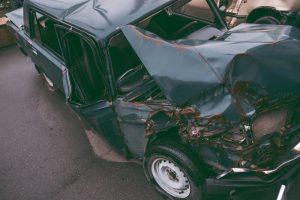 Firefighters had to use hydraulic tools to extricate the woman who later died of her injuries. The Acura driver was also observed by witnesses as trying to climb out of his driver’s side window in an attempt to flee before police stopped and arrested him. A third driver whose car was struck by the Acura escaped injuries.

At the time police were still investigating the circumstances of the crash and the Acura driver had yet to be charged. In similar cases, drivers are often charged with multiple offenses including homicide by motor vehicle, trying to flee the scene of an accident where serious or fatal injuries occurred, reckless driving, and other offenses depending on whether the offender was under the influence, was driving on a suspended or valid license, or was uninsured.

The family of the deceased can also pursue a wrongful death claim against the Acura driver and his insurer, if any.

Who Are the Eligible Parties in a Wrongful Death Claim?

A wrongful death claim can be brought against an individual or an entity when the perpetrator caused the death of an individual by negligence or a failure to exercise reasonable or ordinary care, or by a reckless or wanton act.

Under Massachusetts law, only the administrator or executor of the decedent’s estate can present the wrongful death claim; note, this does not mean that only the administrator will benefit from the estate.  If the decedent failed to leave a will naming an executor, then the court will appoint one. Only those persons who would be the statutory beneficiaries of the decedent’s estate can be compensated in this type of action, which means the immediate family members. This includes the decedent’s spouse and children. If there is more than one child, they would divide a two-thirds share with the spouse receiving one-third of the damages.

If there is no spouse or children, then the victim’s parents may be the beneficiaries. Should there be no surviving parents, then the decedent’s siblings and grandparents, if alive, could collect. If none survived or never existed, then cousins could presumably benefit from the claim.

Since only one wrongful death claim may be brought, there may be conflicts among eligible family members over the amount of compensation to be shared. It is vital that an experienced wrongful death lawyer be retained in most cases since there are often complicating issues touching on liability, on what parties may be held responsible, proof of damages, and the available compensation.

When Can a Wrongful Death Claim be Brought?

There is no requirement that any criminal proceeding be resolved in a fatal accident where criminal conduct is alleged before a civil action can be brought as in the above Brockton accident. In this case, a number of eyewitnesses attested to the reckless conduct of the Acura driver who was driving at a speed well above the posted speed limit or what was reasonable under the road conditions, and who clearly went through a red traffic signal. His attempt to flee the scene can be used as evidence of his consciousness of guilt.  Many times Burns & Jain have put a wrongful death case into civil suit while the criminal case is pending; there are strategic reasons for making this decision.

Further, while the standard of proof of negligence is on the plaintiff or executor of the estate in this case, it is a lesser standard than that used in criminal prosecution which is proof beyond a reasonable doubt. In most civil cases like wrongful death, it is proof by a preponderance of the evidence, or that it was more likely than not that the defendant’s negligent or reckless conduct caused the victim’s death.

There is a 3-year statute of limitations on wrongful death claims. However, an eligible family member may not have discovered the death until after the statutory time has passed. In these cases, the individual can assert a claim based on the discovery date such as claiming that new or recently discovered evidence had surfaced about the cause of death, or that an investigation finally revealed that negligence was involved. These circumstances are rare and usually only occur in certain medical malpractice cases or where the condition that led to a death was just discovered.

If there are minor beneficiaries, then the 3-year statute of limitations may be tolled, or paused, until the child reaches the age of 18.

The compensation in most wrongful death claims comes from the defendant’s insurer. Most auto liability policies are insufficient to compensate the decedent’s estate and beneficiaries. If the decedent had underinsured motorist (UIM) coverage, which is not mandatory in Massachusetts, then a UIM claim may be brought after the defendant’s policy has been exhausted, and so long as the UIM limits exceed that of the defendant’s.

If the defendant was uninsured, the administrator can pursue uninsured (UM) motorist compensation under the decedent’s own auto policy.

Because insurance from an individual’s auto policy is often woefully insufficient to compensate a decedent’s family, a wrongful death lawyer will usually investigate other avenues of compensation such as other possible defendants.

Damages in a wrongful death claim typically include:

A wrongful death lawyer may have to prove that the decedent consciously suffered before dying, and will have to retain a forensic economist to demonstrate the loss of income. A substantial part of the damages includes loss of consortium where you will need evidence of the relationship that existed among the decedent and family members.

Wrongful death cases can be exceedingly complicated in many cases. By retaining a highly experienced wrongful death lawyer from the law firm of Burns and Jain, you can be assured that your claim and your damages will be vigorously pursued, and all avenues of compensation explored. Call us at (617) 286-3594 for a free, in-depth discussion of your wrongful death or car accident injury claim.