In an apparent distracted driving case, an 81-year old Fall River, Massachusetts woman tragically died from fatal injuries suffered while crossing Bedford Street in Falls River. She was struck by a 2015 Ford Freestyle SUV that was driven by a 19-year old young man. 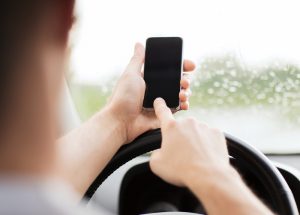 Police at the scene indicated that the driver was using a cellphone that was not in a hands-free mode when the collision occurred. Under a Massachusetts law that only became effective this year (2020), all motorists may only use a cellphone in a hands-free mode. Drivers under the age of 18 are barred from any cellphone use whatsoever while driving. Adult drivers can swipe a phone in hands-free mode to activate or deactivate it, and there is no prohibition against reading messages.

The 19-year old driver has been charged with vehicle homicide due to negligent operation, failure to yield to a pedestrian in a crosswalk, and violating the state’s cellphone hands-free law.

Over the past few decades, smartphone use while driving has exploded. Many states were slow to catch on to the dangers of using a phone while driving, and it was not until the last few years that states began to ban hand-held use. For many states, adult drivers were allowed to talk and text while driving while prohibiting teen drivers to do so, despite the lack of evidence that adults are apt to use cellphone more safely than teens.

The National Safety Council estimates that 1.6 million car accidents happen each year in the U.S. due to cellphone use resulting in about 390,000 reported injuries. According to the National Highway Traffic Safety Administration (NHTSA), 69% of American drivers age 18-64 have used a cellphone while driving. Drivers under the age of 20 comprise 27% of drivers involved in fatal accidents who were texting at the time of an accident or immediately prior to it.

When you talk on or use a cellphone in any manner, you are involving 3 physical and mental actions:

With your mind unfocused, this would explain how a driver could fail to see someone lawfully crossing the street in a crosswalk. Distracted driving constitutes negligent driving, and if the motorist’s inattention causes an accident, then that person can be held civilly liable for damages.

In a fatal car accident, the personal representative for the decedent’s estate is the person who may bring a wrongful death claim on behalf of the immediate family members. For the Falls River woman, her family members might include a surviving spouse and children who would divide any award. If the decedent had no surviving spouse or children, then the closest next of kin would be eligible.

Compensation in the Fall River matter would be from the driver’s auto liability policy. The minimum liability limits in our state are only $20,000/$40.000, which rarely is sufficient to cover any serious car accident injury let alone a wrongful death claim.

If the decedent or a household member had an auto policy with underinsured (UIM) coverage, which is only optional in Massachusetts, then the personal representative could seek additional compensation. However, the UIM limits would have to exceed that of the defendant’s policy for the estate to recover. For instance, if the defendant had limits of $20,000, and the decedent’s applicable policy had UIM limits of $100,000, the estate could recover up to $80,000 after recovering the defendant’s limits.

Damages in a wrongful death claim include:

Punitive damages are not covered by insurance and there must be an award of such damages following a trial. A distracted driving incident that led to the decedent’s death may not rise to the level of wanton or malicious conduct.

A wrongful death claim can be extremely emotional for the decedent’s family. In such cases, you need the experience of a skilled car accident lawyer who has successfully handled such claims. Call Burns and Jain at (617) 286-3594 for a free consultation about your injury or wrongful death claim.