Massachusetts motorists seem to be curiously at odds with safe driving habits. In a recent study of driving behavior, car accidents, and what factors can help American drivers become safer, Massachusetts found itself as having the highest percentage of drivers with a prior at-fault accidents, which means we have more car accidents than any other state. Our percentage of drivers with previous accident histories is 17.14% as compared to the national average of 12.45%. Michigan has the lowest rate at 6.18%. 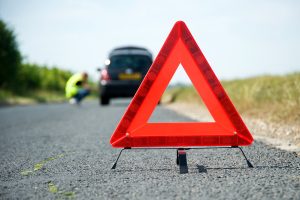 Car Accident Lawyers Near me

When you realize that Bay State drivers are also among the worst users of seatbelts in the nation, you might conclude that our overall poor driving rate translates into more fatal accidents. However, our drivers are below the national average with lower rates of drivers with a prior speeding, DUI, or reckless driving conviction. As of 2018, Massachusetts had a fatal car accident rate of 5.2 deaths per 100,000 population, well below the national rate of 11.2.

At least we seem to have some kind of awareness of the dangers of speeding, and drinking and driving that accounts for our low fatal accident rate. But this is more likely due to our dense population (3rd in the nation), and congested roadways that inevitably lead to numerous fender benders and rear-end accidents rather than high speed collisions. The states with the highest rates of reckless driving when compared to the density of police officers are Virginia, North and South Dakota, Wyoming, and Montana. Other than Virginia, theses states are sparsely populated with long stretches of roadway with minimal traffic. Virginia takes highway law enforcement very seriously and has one of the strictest penalties for reckless driving in the nation. However, New Jersey, New Hampshire, South Carolina, and Washington also have very high reckless driving rates suggesting that congestion and high-density states sometimes have more than their share of unsafe drivers.

When compared to the rest of the industrialized world, Americans are the worst and most dangerous drivers in the world. We have about 6 million car accidents per year with an on-road fatality rate of 12.4%, which is 50% higher than the UK, Japan, and Canada as well as other EU countries.

Congestion, population density, and adherence to traffic laws such as wearing a seat belt are not indicative of which states have the safest drivers. Traffic patterns, enforcement, traffic safety laws, design of roadways and streets, and local driving norms vary considerably among the states and within states. Studies have focused on safe driving education regarding safe driving habits, and even accident forgiveness insurance policies that have shown to positively influence driving behavior. Local governments can consider lowering speed limits, banning cars from certain streets and areas, and implementing traffic calming measures to force drivers to slow down that will decrease the incidence of fatal encounters with pedestrians and bicyclists.

You can easily reduce your auto insurance premiums by using commonsense, obeying traffic laws, not speeding, and leaving your daily frustrations out of the vehicle. Being stuck in traffic and getting behind a slow-moving truck or overly cautious driver is no fun, but realize that you are only putting yourself and others in danger by making sudden, reckless decisions. Be respectful of others using the roadways, drive defensively, and maintain a safe distance from bicyclists and be aware of them if there are bike lanes on the roadway. Always slow down in urban and suburban areas, and restrain yourself from being the fastest vehicle on the freeways.

You are entitled to damages if your car, pedestrian, or bicycle accident was caused by the negligence of another motorist, or by some other party whose own unlawful or negligent conduct contributed to the accident and your injuries. Damages typically include:

Should another party be held responsible for a fatal accident, then the administrator for the estate of the decedents can bring a wrongful death action on behalf of the immediate family members. Damages may include: