In another effort to alert Massachusetts motorists of the need to buckle up, the Massachusetts Highway Safety Division recently launched a new safety campaign called “Love Clicks. Buckle Up.” For some reason, Massachusetts has lagged far behind the rest of the nation in wearing seatbelts. The national average for wearing seat belts has been around 90% for several years. Massachusetts is one of the worst states when it comes to motorists buckling up and currently has a 81.6% rate for wearing a seat belt. Our sister state, New Hampshire, is dead last at 73% as it is the only state in the nation that does not require adults 18 and over to wear seat belts. 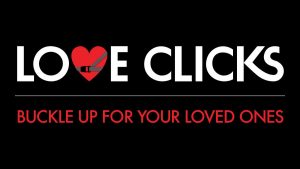 The groups that are mostly responsible for this dreary statistic in Massachusetts are young males, pickup truck drivers, and commercial drivers. It is a no-brainer that seat belts save lives. Statistics from the National Highway Traffic Safety Administration (NHTSA) and other traffic and road safety organizations show that in 2017, the most recent year for these statistics, 48.1% of drivers and passengers in fatal accidents were not wearing seat belts. Wearing seat belts reduces the risk of a fatal injury by 45% and of sustaining a moderate or serious injury by 50%.

Further, in an accident, you are 30 times more likely to be ejected from your car if not restrained. Around 75% of those ejected from cars suffer fatal injuries.

The “Love Clicks” campaign may not be specifically targeted at young drivers even though car accidents are the leading cause of death among teenagers, but some of the messages coming out of earlier safety initiatives certainly were with one proclaiming, “Love Your Mom? Buckle up.” From 2015 statistics, over half of teens killed in car accidents were unrestrained. Adults aged 20-44 years who died in car crashes were also not belted. Part of the campaign is a message that if you fail to wear a seat belt and are seriously injured or killed, your family members are the ones who suffer greatly.

Teens have been encouraged to participate in the campaign by being commissioned through Artists for Humanity to create a 6’ by 12’ foot installation with the message, “Love Clicks” that is wrapped around seat belts. The artwork will be displayed around the state.

Part of the reason for our state’s woeful record is that a seat belt offense is only a secondary offense. Police cannot pull you over and cite you just for not wearing a seat belt unless you are pulled over for a primary traffic violation such as speeding, making an unsafe lane change, DUI, or failing to stop for a stop sign or red traffic signal. Until our legislators come to their senses, we may have plateaued regarding the percentage of our motorists who buckle up and take care to not only reduce their risk of being killed or permanently impaired in an accident, but who do so to spare their families immense grief.

If injured in a car accident caused by someone’s negligent driving, you are entitled to damages. If a driver or passenger, you can sue the responsible motorist or any other entity whose negligence contributed to the accident and your injuries.

However, you are also obligated to exercise ordinary care in looking out for your own safety. For pedestrians, this means not crossing in the middle of the street or doing so against a green light or Do Not Walk signal. For drivers and passengers, this can also mean wearing a seat belt.

If you were injured or a loved one was killed and a seat belt was not worn, the car accident lawyer for the responsible party can argue that your or your loved one’s failure to wear a seat belt substantially or at least partially was the cause of your injuries. This issue will often be a contest between biomechanical experts for both sides who will testify that either not wearing a seat belt was the primary cause for the injuries or death or that not wearing one would not have made a difference. If a jury agrees with the defense, it can assign a degree of comparative fault to you that can reduce your award of damages by your degree of fault, or even bar you from collecting if you are deemed 50% or more at fault. In Massachusetts, your own degree of causal responsibility cannot exceed 49% or you are barred from collecting any compensation.

If you or a loved one was injured or killed and there is a seat belt issue, contact a car accident lawyer from Burns and Jain to handle your claim.

Damages in any car accident can be extensive. They may include:

If a death occurred, the administrator for the decedent’s estate may bring a wrongful death claim against the responsible parties. Damages may include: