Earlier this summer, an 11-year old Peabody girl was the tragic victim of a head-on collision by a motorist who had been fleeing police. The accident occurred at the intersection of Winthrop and Andover Street in Lawrence.

The girl was with her sister, mother, cousin and mother’s boyfriend who all suffered serious injuries from the accident. The suspect was speeding away from police following a routine traffic stop for a lane violation. The suspect presumably fled in his 2009 Infiniti G37 since he was later found to be driving on a suspended license. Charges against the suspect include vehicular homicide, manslaughter, fleeing a police officer, reckless driving, speeding, and assault with a deadly weapon.  The officers who had stopped the suspect had not given chase.

The four survivors were hospitalized along with the driver who was arraigned in his hospital bed. 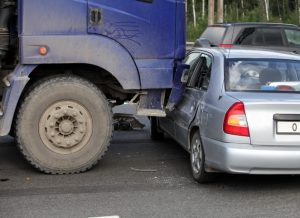 The surviving family members of the young girl are entitled to compensation for the girl’s death. In Massachusetts, a claim for wrongful death may be brought through the administrator or executor for the decedent’s estate for the benefit of the immediate family members. Executors or administrators are persons appointed by the decedent in a will or by a court if the decedent died intestate, or without a will. Normally, an executor handles any claims made against the decedent’s estate, pays outstanding debts, and follows any wishes expressed by the decedent in the will. Wrongful death claims in car accidents should only be handled by an experienced and skilled Lawrence car accident lawyer.

Since the child in the Lawrence fatal accident would not have left a will, the surviving family members can appoint a family member or an attorney to act as administrator or even have co-administrators. They also could bring a separate personal injury claim against the driver for their own injuries, though there would presumably be minimal funds through the driver’s auto liability policy to even come close to fully compensating all the victims.

For the purposes of a wrongful death claim, the administrator acting for the estate is the plaintiff. Any funds recovered goes directly to the estate to be distributed to the immediate family members. These only include parents, siblings, or spouses. If the child’s parents and siblings had died in the accident, then her closest next of kin would be eligible. The administrator’s duty is to bring a lawsuit that the decedent would have brought if she had not suffered fatal injuries.

Like any other lawsuit, the onus or burden of proof is on the plaintiff to show that the alleged defendant negligently or intentionally caused the accident that led to the child’s death. This is shown by demonstrating that the defendant owed a duty of care to the decedent, breached the duty of care, and caused the injuries and damages. In this case, the suspect defendant breached his duty of care by speeding and driving recklessly or exhibited conduct that led to his hitting the girl’s car head-on.

The estate can recover certain damages in wrongful death claims:

In the above-mentioned case, a Lawrence car accident lawyer from Burns and Jain can certainly make a strong argument for punitive damages if this case should go to trial since the defendant allegedly fled police, was driving unlawfully on a suspended license, and drove recklessly into an intersection. Punitive damages, however, are not included in auto liability policies so any such funds would have to come from the defendant’s own assets.

As far as the estate’s claim for lost income, a forensic economist can consider these factors:

Nothing can ever replace the loss of a loved one, but you are legally entitled to be compensated for your loss in a wrongful death action. Obtain your rightful compensation by retaining a Lawrence car accident lawyer from Burns and Jain. We understand your grief and often reluctance to bring such claims on behalf of a loved one and we can answer all questions and concerns you may have during a terrible time. Call us today at (617) 229-5374 for a free and in-depth consultation about your injury claim.