A 17-year old Great Barrington youth was charged with DUI and causing serious bodily injury when his vehicle struck a young woman on the side of the road.  The woman had pulled over to the roadside shoulder after striking a guardrail. The accident occurred on Stockbridge Road near Fountain Pond in Great Barrington, Massachusetts. The woman was outside her vehicle and was being assisted by another motorist when they noticed the car approaching them. She told police that she tried to avoid being hit but was struck, nonetheless. She reportedly sustained serious injuries and was taken to Berkshire Medical Center. 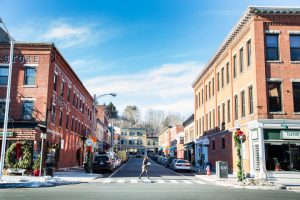 Police at the scene suspected that the young driver, who also had a juvenile passenger with him,  was under the influence. After a series of field sobriety tests, the officers arrested the youth for driving while under the influence of marijuana.  Because the woman suffered serious injuries, the DUI can be charged as a felony under Massachusetts law.

The injured woman in this case can bring a personal injury claim against the motorist for any damages she incurred on the basis of negligence. There are certain elements to a negligence claim:

All motorists have a duty to exercise ordinary care when driving a motor vehicle, which entails obeying all traffic laws and not driving while impaired. If the driver’s failure to obey a traffic law leads to an accident, then the motorist breached that duty of care. If the injuries sustained by a person were caused by the accident, then the victim has to prove that he or she suffered damages.

The young driver’s negligence in not staying on the roadway was evident and was likely triggered by his allegedly being under the influence of marijuana while driving. The injured woman can seek compensation under the insured driver’s auto liability policy.

But since the driver was a minor and was under the influence, can anyone else be held responsible and, if so, are there other avenues of compensation for the injured victim’s car accident lawyer to pursue?

If the liability limits of the driver’s policy were insufficient to cover the woman’s damages, she can use the underinsured (UIM) coverage of her own policy to collect additional compensation so long as it was more than the policy covering the young driver. For instance, if the policy limits of the at-fault driver were $50,000 and the victim’s UIM coverage was $100,000, she could pursue an additional $50,000 so long as she first recovered the entire $50,000 from the driver.

Under state law, a parent may be liable for the negligent acts of their minor child if they had prior notice of or should have known about their child’s recklessness. In this case, if the parents knew their son was regularly smoking marijuana or been told by others that he had been observed to be smoking and driving and several previous occasions but still allowed him to drive, they could be found liable for damages to the injured woman. Although smoking or ingesting  marijuana while underage is a crime as is being under its influence while driving, a parent’s homeowner’s policy would exclude coverage. The injured woman might still bring a lawsuit and attempt to collect the personal assets of the parents if she received a judgement.

Another possibility is if the juvenile driver obtained the drug unlawfully from a dispensary that sold it to him, or he became “high” or impaired while smoking at home or at someone else’s home if it was permitted or the parents or homeowners were aware that drugs were being consumed. Another scenario is that if the driver was supplied the drugs by another underage person, those parents might be held civilly liable.

There are certain nuances to the Massachusetts social host liability laws that a car accident lawyer from Burns and Jain can explain that may or not impose liability in these situations.

The amount of damages in a car accident depend on the nature and extent of the injuries. They can include:

Car accident injuries may be the most common of injury claims but to get the most compensation available, you need to retain a skilled and knowledgeable car accident lawyer.

Call one of our highly experienced car accident lawyers from Burns and Jain at (617) 227-7423 for a free consultation about your car accident injury claim.