An astonishing lack of oversight of out-of-state license violations that have sat for over a year or more has led the Massachusetts Registry of Motor Vehicles (RMV) to implement an en masse suspension of drivers’ licenses. Massachusetts Governor Baker, Lt. Governor Karyn Polito, and Transportation Secretary Stephanie Pollack had gathered to announce the action earlier this summer once the backlog was discovered. An external audit of the department was also announced and that all Massachusetts driver licenses will be checked against a national driver registry for other out-of-state violations that could lead to additional suspensions. 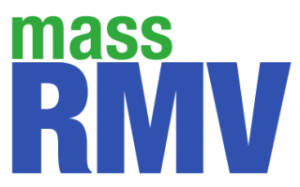 The transportation secretary told reporters that 53 bins of unchecked alerts from other states from as far back as March 2018 had been uncovered. More boxes were found in Quincy along with 72 boxes that had violations from 2011 to 2017 that had never been processed. The violations included serious offenses such as DUIs, vehicular homicide, and refusal to take a chemical test. Failure to act on these could endanger the public and likely has done so given the sheer number of violations over many months.

One possible consequence of the backlog was the motorcycle tragedy in Randolph, New Hampshire in June 2019 where a driver struck and killed 7 motorcyclists. The accused motorist who was from Massachusetts had received a Connecticut OUI violation a month earlier that should have resulted in an automatic license suspension by the Massachusetts RMV.

Secretary Pollack assured reporters that her agency’s tracking of all paper copies of out-of-state violations over the past 5-years had been completed. The RMV will now be reviewing all such violations on the day they are received or by the following day.

The RMV suspends around 230,000 licenses each year for drunk driving, vehicular homicides, refusals to take chemical tests, habitual offenders, drug crimes, and for other criminal violations that result in automatic license violations.

To bring a car injury claim, you must prove that another party caused the accident by negligent or other wrongful conduct. Negligent driving usually entails speeding, unsafe lane changes, running a stop light or sign, driving while impaired or distracted, or driving recklessly. While it is unlawful to be driving on a suspended license, that fact alone does not impose liability for an accident on that driver unless he/she drove in a negligent manner.

However, in cases where the individual was driving negligently while in the course and scope of employment, such as a truck driver or other commercial driver, and had had prior driving violations that were ignored or not found by the employer, then that entity or employer could be found liable as well for any injuries you sustained.

An employer has a legal obligation to hire drivers with safe driving records so as to not endanger the public. If it fails to conduct a background check or chooses to ignore violations because it desperately needs drivers, and that driver causes an accident, then you have a viable and sustainable cause of action against the employer for negligent hiring. Vicarious liability also applies in these cases. This can substantially increase the available compensation to you, especially if you suffer serious, catastrophic or fatal injuries. By retaining an experienced car accident lawyer from the law firm of Burns and Jain, you can significantly increase your chances of obtaining the most compensation for your claim by our investigating all possible defendants and avenues of compensation.

Damages in a motor vehicle accident can be substantial. These can include any of the following:

Retain a Massachusetts Car Accident Lawyer from Burns and Jain

Car accident claims are the most prevalent of all personal injury claims. Issues of liability and of damages can be challenging so that handling a claim on your own can seriously jeopardize your chances of receiving full and satisfactory compensation. Call one of our highly experienced car accident lawyers from Burns and Jain at (617) 227-7423 for a free consultation about your car accident injury claim.