In late March of this year, a woman driving a 2010 Honda at a high rate of speed in Watertown near Pleasant and Bridge Street lost her life in a horrific accident. According to police investigators who surveyed the debris strewn scene, the woman was traveling at an excessive speed when she ran into a car in front of her that caused her car to flip on its side and into the opposite lane of traffic where the car had a head-on collision with another vehicle. The four occupants of the car that had been hit head-on were taken to a nearby hospital with non-life-threatening injuries. 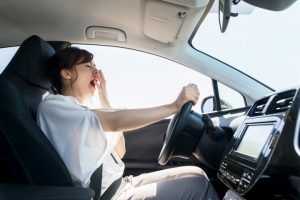 Television images of the accident scene showed massive damage to the two cars that had been struck. It was not known if the woman in the Honda had been driving impaired or if distracted driving was the reason for the initial collision, though speed was certainly a factor. If the woman’s cell phone records are subpoenaed, it could be determined if she had been texting or on a call in the moments before the collisions.

Most rear-end accidents occur at intersections where vehicles are stopped for traffic lights or a stop sign, or in heavy traffic where congestion slows the flow of cars. Motorists who collide with the vehicle are usually taken by surprise by the slow down or were traveling too fast and unable to stop in time. In the Watertown incident, the victim struck a moving vehicle in the rear, which likely means the driver was was inattentive, or impaired. Her excessive speed accounted for the violent nature of the collision and rollover. At a slower speed, the driver would have had a more substantial opportunity to have retained control of her car, even if she was texting at the time, and probably would have avoided the rollover and the head-on crash that likely killed her.

Distracted driving and speeding by themselves are dangerous. Speed accounted for 26% of all fatal traffic accidents in 2017, which is roughly the average it has been for the past decade. When you speed, there are consequences:

Distracted driving may account for fewer fatalities than speeding, or about 14% in 2018, but you are 6 times more likely to be in an accident if texting than if you were driving intoxicated. In 2018, there were 4,637 deaths directly attributed to cell phone use. Economists have estimated that the economic impact of these deaths alone was $129 billion, or 15% of the total damage to our society caused by motor vehicle crashes.

When you combine speed with distracted driving, then you drastically increase the risk of serious injury or death. The average time a person needs to send a text while driving is 5 seconds. This is driving the length of a football field with a blindfold if you are merely at 50 mph, a slow speed for many. If you are not focusing on driving or on the roadway, there is no perception/reaction time or increased stopping distance since you will be unaware of the risk until it is too late.

Teen drivers seem to be most at risk with 40% of those surveyed reporting that they have been in a car where the driver used a cellphone in a manner that endangered others. But for drivers 18-64, at least one-third admit to actively sending texts or emails while driving.

If you see drivers speeding or using a cellphone, use extra caution and carefully distance yourself from them. You can decrease your own risk of being in any kind of accident by not speeding, traveling at speeds consistent with the road conditions and weather, wearing a seat belt, not drinking, and turning your cell phone off.

Retain an experienced Watertown car accident lawyer if you or a loved one were in an accident caused by reckless, distracted, impaired, or other negligent conduct. The attorneys at Burns and Jain have the experience, skills and knowledge necessary to get you the compensation you deserve. Call today at (617) 227-7423 to schedule a free consultation about your injury claim.