Massachusetts drivers over the past decade and likely before then have consistently ranked among the worst users of seat belts in the nation. All states with the exception of New Hampshire that only requires seat belt use if under 18 oblige all drivers and occupants to wear a seat belt. The states with the highest usage rates are California and Georgia at 98%. 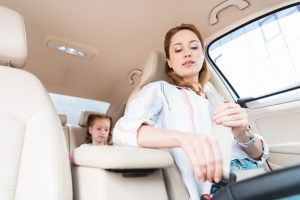 The reasons for our low use vary, but safety advocates point out that a seat belt violation is a secondary offense in our state, meaning that police must have some other excuse to pull you over such as another traffic violation before they can cite you. Fines for not using restraints are no more than $25. There are presently 15 states where a seat belt violation is not a primary offense.

In recent years, our state has seen an uptick in the number of motorists using their seatbelts. In 2017, the state seat belt usage rate was 73.8% compared to a consistent national average of 90%. It did rise to 80% in 2018 but this still ranks us just ahead of New Hampshire as the worst users. Women are more likely to use restraints with 87% buckling up, but only 78% of men do so.

Massachusetts legislators tried for years to amend its seat belt law to make it a primary offense and allow law enforcement to stop and ticket violators. There is renewed hope since Governor Baker has introduced legislation that would do just that. Other measures filed by the governor would compel OUI first-offenders to install an interlock ignition system on their vehicles. Our state is alone among all others in not requiring this measure that advocates contend will significantly reduce traffic accidents and fatalities. There is also legislation to outlaw all use of mobile devices except those in hands-free mode. Currently, Massachusetts only outlaws texting while driving.

No one can argue that seat belts do not save lives. In car accidents where occupants were ejected from the vehicle, only 1% were found to have been wearing a seat belt. The National Highway Traffic Safety Administration (NHTSA) estimates that seat belts save an average of nearly 15,000 lives annually. Of the 37,133 people killed in traffic accidents nationwide in 2017, 47% were not using restraints. And depending on an airbag to save you is hazardous. It can seriously injure or kill you if you are not buckled up when the bag is deployed.

Should Seat BeltLESS Drivers be Fined?

The main arguments against making a seat belt violation a primary offense is the fear of civil rights groups that this will only offer a pretext for law enforcement to stop Black and Latino drivers who are disproportionately stopped and cited by law enforcement already, and whose encounters are more likely to be hostile and lead to violence. The racial justice program director for the state ACLU does not oppose the measure but has asked that law enforcement agencies maintain demographic data on the groups who are stopped and cited to see if racial disparities are evident in enforcing the new law.

If you were injured in a car accident by the negligent driving of other motorists but you were  not wearing a seat belt, how does this affect your claim of damages?

Under state court rulings, your failure to use a seat belt may be comparative negligence on your part if the defense shows that your failure to wear one was the cause of your injuries or substantially contributed to it. However, if your child was injured because you did not properly restrain her, this may not be used as evidence of comparative negligence in a civil claim or lawsuit.

Biomechanical and biomedical experts may be needed by either side in a lawsuit to demonstrate that you either would have sustained the injuries you did regardless of seat belt use, or you would have suffered only minor injuries. If you were ejected from the car, however, it would be difficult to oppose any argument regarding your comparative negligence in not using a seat belt.

Massachusetts has a modified comparative negligence law wherein you are prevented from collecting compensation if your own degree of comparative fault is greater than the sum of all other negligent parties. In other words, the other party or parties must be at least 51% at fault. Should you be comparatively responsible for your injuries, then your damages will be reduced by your percentage of fault. If your damages are $100,000 and you are 45% responsible for the accident, you would receive $55,000.

Retain the personal injury lawyers at Burns and Jain. We have decades of experience in defending the rights of injured parties in car accidents, slip and fall, pedestrian, trucking, motorcycle, and other accidents. Call us today at (617) 227-7423 to schedule a free consultation about your injury claim.