Route 24 is a 40-mile stretch of highway in eastern Massachusetts that runs north-south between Randolph and Fall River. Because of the high incidence of collisions and fatal accidents on this roadway, it has been dubbed one of the deadliest highways in the state. Some travelers call it the “Death Highway.” One person who was interviewed by a news reporter after a MassDot report was released regarding the dangers of Route 24, compared the roadway to the German Autobahn where there are no speed limits, or to Nascar, the racing forum. He said he feared that any time he was on that roadway that it might be his last. He also noted that people texting and driving was a common sight as were cars greatly exceeding the speed limit. Others interviewed wondered why highway patrol cars were seldom seen or not stopping more speeders. 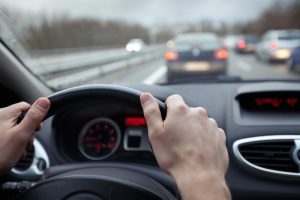 This fatalist view of Route 24 is undoubtedly shared by many. When you drive Route 24 on the way to Bridgewater or Avon, or from Randolph to Brockton you will see flowers and crosses at many areas alongside the road where unfortunate motorists lost their lives.

The latest data from MassDot regarding Route 24 indicated a 14% increase in crashes in 2016 over 2015. On the route from Randolph to Berkley, there were a reported 590 accidents resulting in 286 injuries and 2 fatalities during this time. Since 2002, there have been an astounding 6,684 reported collisions on this short, 25-mile stretch of roadway.

Why is Route 24 So Dangerous?

Some people who regularly travel on Route 24 say that distracted driving may be largely to blame for the increase in accidents. One person interviewed in a Fall River newspaper commented that she used to take a bus from Taunton into Boston on Route 24. From the middle lane, up high in the bus, she observed drivers eating or texting with their knees doing the steering, and it was not uncommon to see drivers pounding away on their computers, while driving in the fast lane!

Another reason is that Route 24 was designed in a different time when traffic was much less and drivers were not routinely racing along at 80-plus mph. It was opened in 1951 as the Fall River Expressway. A state police spokesman admitted that the design was faulty, and that the road has always had its problems. Lanes are narrow and there are quick merges at the ramps that makes them hazardous. Highway experts who examined the roadway pointed out that interchanges are short and sharp, and that some ramps curve too sharply requiring motorists to quickly slow down, and that merging lanes onto the road are too short to catch up with motorists who routinely travel at 80 mph or more.

The state police have taken issue with the complaint that the highway patrol ignores the area by asserting that they regularly patrol the route. Still, the increase in traffic, the unwillingness of motorists to slow down, faulty design, and the chronic use of hand-held phones, all contribute to this roadway from hell. One other factor in the high incidence of injuries and fatalities is that Massachusetts drivers are among the worst users of seat belts in the nation. Massachusetts law still makes failure to wear a seat belt only a secondary violation, meaning that officers will only pull you over if you violated some other traffic law before citing you for not buckling up.

Estimates to upgrade Route 24 to current interstate standards are $200 million. So do we just throw our hands up?

Help is on the way. MassDot has actually completed several projects by extending the lanes to the ramps at Route 44 to the Raynham-Taunton bridge and at the Padelford Bridge in Berkley. Message boards, overhead cameras, and real-time traffic alert warnings have been installed as well. Road resurfacing is in the offing in Brockton, Stoughton, Bridgewater and Avon at Routes 24 and 79, and interchange upgrades at Route 140 in Taunton are being planned.

Unfortunately, most commuters have doubts that the improvements will have any significant effect. Many complain that you endanger yourself if you fail to keep up with other vehicles who routinely travel at 80 mph and up to 100 mph. They continue to see cars weaving in and out of lanes without signaling. Drivers are seen not only texting, but reading newspapers, facetiming, taking photos, and eating. Motorcycle riders have been observed doing wheelies. Motorists take advantage of the straight nature of the road by driving at high speeds, and frequent drivers know where police lie in wait. A road safety audit conducted some years ago along with recent examinations of the costs for significant improvements appear to indicate that real changes are likely to be too expensive. The message is that unless drivers get wise and slow down, accidents and injuries will continue to plague Route 24 for the immediate future.

What to Do in a Car Accident

If you are in a car accident on Route 24, or any other roadway, here are some guidelines to protect your rights and to get you needed compensation if you were injured:

It is essential that you retain a car accident lawyer from Burns and Jain as soon as practicable following an injury car accident. We can handle your insurance issues, PIP benefits, and conduct an investigation into the accident. In many cases where liability seemed obvious to a client, the other party denied responsibility and liability had to be established by a thorough investigation. If you wait and handle the claim yourself, you risk losing valuable evidence or saying something that could be misconstrued and jeopardize your claim.

Our firm does not charge you for out-pocket expenses, and we only collect our legal fees and costs for personal injury claims if we get you a settlement or a money verdict at trial. Call us today at (617) 227-7423 for a free consultation about your injury claim.