In early March 2019, a 62-year old Worcester man was struck and killed while crossing the street at St. Nicholas Avenue around 6:00 am. The driver was a 26-year old male from Webster who was proceeding south on St. Nicholas and hit the man who was crossing from the driver’s left. 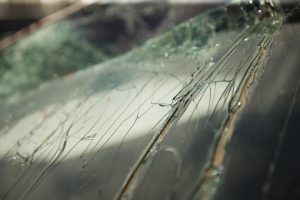 In many instances where a pedestrian is struck and killed by a vehicle, the motorist is found at-fault. Although a pedestrian, like any other person, has a duty to exercise reasonable or ordinary care to keep safe, a pedestrian under Massachusetts law while crossing in a crosswalk or in an intersection with the green “walk” light on, has the right of way.

Even if the unfortunate pedestrian was not in a marked crosswalk, the driver still must yield. But if the victim was in a part of town where he was only permitted to cross at the intersection, corner or marked crosswalk, his failure to do so could mean that he was comparatively at fault.

Pedestrian accidents occur in nearly any situation where cars can be found. They usually occur at:

As a pedestrian, consider these safety suggestions:

Pedestrian accidents do happen on the shoulders of roads where motorists are changing a tire or are outside the vehicle for some other reason. If the pedestrian was outside the car but off the roadway on the shoulder and was struck by a passing motorist, there can be liability on the motorist.

Parking lots are notorious for accidents. Motorists drive too fast, do not signal, fail to stop at stop signs within the lot, and do not yield to pedestrians. A parking lot is not a public roadway, which may mean that not all traffic laws are applicable, but drivers still have a duty to exercise caution since they are aware that there are people walking to and from their vehicles.

Liability if Not in a Crosswalk

In the Worcester fatal accident, we might assume that the victim was not in a crosswalk when struck. Unless the driver admitted to being inattentive, was on his cellphone, or was  found to be impaired, it might be difficult to impose liability on the driver for purposes of a wrongful death claim unless there was no marked crosswalk nearby and the victim had little choice but to cross there.

If the driver claimed the man ran into the roadway, a Worcester car accident lawyer could determine whether the man was physically unable to run due to bad knees or some other physical condition, was wearing heavy boots, or there was ice and snow on the street. The area of impact on the roadway is vital since if he was struck in the middle of the street, then his presence should have been open and obvious to a reasonably cautious driver. If the victim emerged between parked cars and was struck just a few feet from them, liability would likely rest on the victim alone.

There are other considerations such as whether the driver was fatigued, was drinking coffee in his car, or was using his smartphone when the accident occurred. Police likely checked the driver’s demeanor and may have examined his cellphone to see if he was texting or on a call. If it was still dark out since sunrise was not until 6:30 am on the morning of the accident, then liability might turn on whether the victim was wearing bright clothing or the car had its headlights on. In many of these cases, a through deposition of the driver will have to be undertaken by the Worcester car accident attorney.

Liability might also be shared depending on other facts and circumstances and the results of the accident reconstruction study. If so, Massachusetts allows claimants to collect compensation so long as their degree of liability is no more than 49%.

In a pedestrian accident, you can bring a third party claim against the at-fault party if your medical expenses exceed $2,000, or if your injury was serious such as a broken limb, you suffered a permanent injury, disfigurement, loss of a body part or bodily function, or suffered fatal injuries.

If you or a loved one sustained injury or was killed in a pedestrian accident, call the law office of Burns and Jain today at (617) 227-7423 to schedule a free consultation about your injury claim.