Driving drunk or while otherwise impaired from drugs, legal or not, is not only exhibiting extremely poor judgement, but is a criminal offense as well. All motorists are, or should be, aware that driving with a blood alcohol concentration level (BAC) of 0.08% or more is unlawful, but it is also a legal presumption that you were under the influence. But anyone driving while impaired with young children in the vehicle are displaying outrageously poor judgement since children have no appreciation for the risk they are facing and have no understanding or opportunity to refuse to be a passenger. 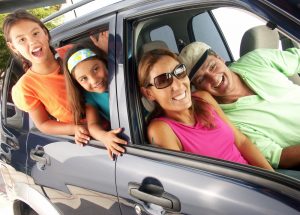 A particularly outrageous incident of driving drunk with kids in the car occurred in February 2019 on Route 16 near the Route 1 on-ramp in Revere, Massachusetts. Police found a ditched vehicle alongside Route 16 after being alerted to it by witnesses who reported that a woman had been seen exiting the damaged car with a young child and getting into another vehicle that left the scene. Unbelievably, the woman left behind another older child, later identified as 10-years of age, in the vehicle!  Motorists who saw the accident or the abandoned vehicle evidently observed the child and took him to a nearby hospital. Both children had serious but non, life-threatening injuries.

Police located the woman at Mass General where she was arrested. They also found the 10-year old after hospital officials at a healthcare facility in east Boston reported to police that the injured 10-year old had been brought in by individuals who found him in an abandoned car. It was not clear if the woman was the mother of the two children, but in any event, it was unknown why the mother only took the younger child with her.

The woman was charged with OUI (operating under the influence) with serious bodily injury, which is generally a felony, 2- counts of child endangerment while OUI, also a felony, and various other misdemeanor charges.

It was not reported if the woman was chemically tested by breath, blood or urine to determine her BAC. She was, however, charged with having an open container of alcohol in her car so that that evidence and probably evidence of her demeanor demonstrated to witnesses, and the arresting officers, that the woman had been drinking before and while she was driving. If she was tested within 2-hours of driving, her BAC is presumed to be that while she was operating her vehicle.

Can a Child Sue Her Parent for Injuries?

This tragic incident begs the question of whether children can sue their parents for injuries given the familial relationship and the opportunity for fraudulent claims. In Massachusetts, there is no immunity for parents for children suing them for negligent conduct that caused them harm. Parents owe a duty of care to their children. When their obligation of care is breached or broken, then the child can bring a civil suit against them for damages caused by the parent’s negligence. The parent’s auto liability policy will provide coverage under circumstances where the child was injured in a car accident caused by the parent’s tortious or unlawful conduct as in the above cited case of the drunken woman and the two injured child passengers.

Who Represents the Child?

Typically, in a personal injury lawsuit where a minor is the claimant or plaintiff, the child is represented by his/her parent who acts as the guardian ad litem and whose obligation is to protect the child’s interests. In a case where the parent is the defendant, the other parent may be the legal guardian.  However, if neither parent is appropriate, the court can appoint someone else, either an uncle or aunt, or an attorney or child advocate as the guardian ad litem. The GAL will make all material decisions regarding the lawsuit such as reviewing litigation documents, and considering, accepting or rejecting any settlement offers. If an offer of settlement is accepted, the matter goes before a judge to approve the settlement and the disbursement of the funds for any liens and for attorney’s fees.

The funds from the settlement or award can be placed into a trust account, structured settlement, or some other protected account that the parents are unable to access.  In an education trust, the funds can be used for the “education” of the minor, which could include camps, sports lessons, and other educational activities.

The statute of limitations for bringing a personal injury claim in Massachusetts is generally 3-years from the date of the accident. For minors, or those under 18, the statute is paused, or “tolled,” until they reach the age of 18, so they have until the age 21 to file the claim in court.

If you were hit by a drunk driver or were a child passenger in a vehicle where the drunk motorist caused you injuries, you can bring a claim for damages against that party. Your damages might include:

For the children injured by the negligent driving of their intoxicated mother, their damages for economic losses such as diminished earning capacity if their injuries resulted in a permanent disability, would have to be evaluated by a forensic economist. The projected income loss over the child’s life would be determined by factors such as the child’s age, socioeconomic status, race, gender, family history, expected educational attainment, and where he/she lives.

Call the law office of Burns and Jain if you were hit by a drunk driver or have a minor child who was injured by the fault of another party. Call us today at (617) 227-7423 for a free consultation about your injury claim.