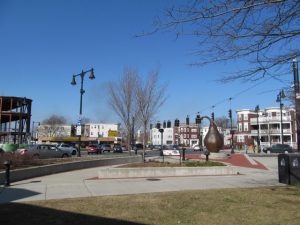 Hit-and-run accidents are among the more repugnant acts that a responsible motorist can do. Shirking or evading responsibility is abhorrent, especially if someone has been physically injured as a result. To underscore this, an August, 2018 hit-and-run accident involving a Dorchester man left a pedestrian critically injured at Dorchester Avenue. The motorist fled the scene; fortunately, transit police witnessed the accident and gave chase. At the intersection of Adams and Beaumont, the culprit’s vehicle smashed into 3 parked vehicles and the man fled on foot, allegedly discarding a weapon as police gave chase. He was soon apprehended.

The 31-year old man was charged with OUI (operating under the influence), fleeing the scene of a personal injury accident, and illegal possession of a firearm. The victim was reported to be recovering at a nearby hospital.

If you or a loved one was involved in a Dorchester car accident, call the Law Offices of Burns and Jain, experienced Dorchester car accident lawyers. Dorchester is an historic neighborhood of Boston, encompassing over 90,000 people and offers a wide diversity of ethnic groups. Once its own city, it became part of Boston in 1870. It has a proud Irish heritage but other groups have moved into the neighborhood over the years, bringing in an array of fresh ethnic restaurants and new residents eager to renovate and contribute to a vibrant part of Boston.

Liability in a Hit-and-Run Accident

All motorists involved in an accident are required by law to stop and provide to the other involved motorist, pedestrian, or property owner if personal property was damaged, their driver’s license information, registration and insurance. If the other party is not present, then that information needs to be written down and provided in a conspicuous location such as a windshield. A failure to provide this information is a crime. If a person was injured or killed, then felony charges are possible.

Unfortunately, many motorists fail to leave such information. There are numerous reasons:

Statistics indicate that two-thirds of all hit-and-run drivers did not possess a valid driver’s license, making this the major reason why a motorist would flee the scene.

In the Dorchester incident, the liable party was allegedly driving while impaired and unlawfully possessed a firearm, giving him motivation to avoid being arrested for drunk driving and for illegal firearm possession. Persons in such circumstances generally have prior records of wrongdoing, and being charged with any subsequent crime could lead to an enhanced sentence or a return to jail or prison if on probation or parole.

Unless witnessed, it can be difficult to ascertain the responsible party. At many intersections such as the one where this accident occurred, there are often surveillance cameras set up by cities for just such incidents, or adjoining businesses will have cameras to capture videos of burglars or robbers and often have videos that includes the street.

In other accidents, parts of the vehicle may have been torn off and left at the scene. Forensic experts can sometimes determine the make and model of the involved vehicle, but it often takes the intervention of someone who read or heard about the accident and observed recent damage to a neighbor’s car that matched the item left at the scene.

Otherwise, a pedestrian or injured motorist or passenger can look to the uninsured motorist (UM) provision of their own auto liability policy so long as you can show that another vehicle was responsible for the accident, even if there was no actual physical contact. If you have no auto, you can use that of a household member who is insured and has UM coverage, since uninsured coverage is not required. In Massachusetts, the minimum coverage required for liability insurance is $20,000 per person and $40,000 per accident. This means that any one victim cannot recover more than $20,000 for his or her injuries. If there are multiple victims, then the $40,000 is to be divided between or among them. There is also PIP coverage in the amount of $8,000 for medical expenses and income loss if you lack medical insurance. Thus, the lesson here is to have adequate UM coverage. It is highly recommended that your coverage be at least $50,000/$100,000, though a higher coverage is suggested.

Damages in a Hit-and-Run Accident

A pedestrian can be severely injured even in a low-impact collision with a 5,000 pound passenger vehicle. Injuries can include broken limbs, damage to internal organs, spinal injuries, and traumatic brain injury if not death. If the pedestrian was in a crosswalk or a bicyclist on the roadway, the motorist has a duty to exercise caution and reasonable care to drive safely and to maintain a lookout for other persons on the roadway.

Damages in a car accident injury claim may include: