Bicycling has become more popular with millennials as an alternate mode of transportation. X-gens and baby boomers are finding that bike riding is a less stressful way of losing weight and maintaining overall health. Many cities have responded by making their communities more bike-friendly by constructing bike trails and marking city streets for bike lanes among other measures in order to accommodate more riders and to encourage bike riding. 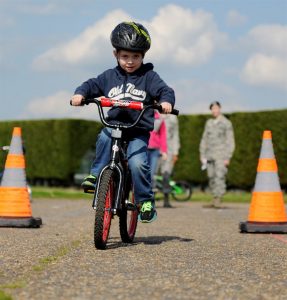 Of course, strong advocacy by individuals and bicycle organizations have contributed to considerable changes being made on urban and suburban communities that address cycling and pedestrian safety. To support these efforts, our state has implemented the “Complete Streets” program for pedestrian and bicycling safety initiatives. Governor Charlie Baker recently announced that certain cities will receive substantial grants that MassDot has approved that are aimed at providing safe and accessible transportation options for all citizens.

Cities receiving grants and their amounts are:

Cities and towns plan to use the funds for such traffic calming and safety measures including:

All motorists have a legal obligation to other motorists and anyone else using the roadway to use caution and to exercise ordinary care. This includes obeying the traffic laws and keeping a lookout for pedestrians and bicyclists.

Some new laws that will affect motorists when encountering bicyclists have passed in the State House but may face opposition, despite its seeming commonsense provisions. Bills S.1905 and H.2877 address some common issues and dilemmas faced by bicyclists. For example, the proposed legislation would allow cyclists to ride in crosswalks. Currently, motorists only have a duty of care to pedestrians in a crosswalk. A cyclist riding in a crosswalk is not considered a pedestrian so that if an accident with a motorist occurs, the burden is on the cyclist to show that he/she was exercising reasonable care. The bill would add “cyclist” to the existing statute and afford equal protection to cyclists. This would enable a bike accident lawyer more opportunity to prove that a motorist breached his duty of care by failing to yield to a cyclist within a crosswalk.

Another provision would require motorists to maintain a 3-foot distance from a bike rider when passing. This is standard in 27 states and is recommended by traffic safety experts who assert that this avoids cars side-swiping bikes or causing riders to over-correct to avoid colliding with a car. Also, if the cyclist is sharing the traffic lane with a motorist because of the absence of a bike lane and the driver is unable to pass the bike at a safe distance in the same lane, the motorist must use all or part of the adjacent lane to pass the bike if safe to do so or wait for a safe opportunity to pass.

Further, fines for cars double-parking in bicycle lanes will increase. It is currently set at $50 per violation and is not considered a moving violation. When cars double-park, bicyclists are forced to go around the stopped vehicles and to enter traffic, which creates an increased risk. Also, motorists are warned about sudden stopping in bike lanes to pick up pedestrians, a common practice among taxi, Uber and Lyft drivers. This is a hazard that can result in serious injuries to cyclists.

Damages in a bike accident with a motor vehicle can be catastrophic since you have little protection when colliding with a 5000-pound passenger vehicle. Damages may include:

Bicycle accident victims can be assured that the attorneys at the Law Offices of Burns and Jain have their best interests in mind and are intimately familiar with state and local laws regarding bike safety and the obligations of motorists when sharing the road. We have represented numerous clients injured by motorists in bicycle accidents and obtained results that have satisfied our clients and convinced them to refer friends and family. Call us for an in-depth discussion of your injury claim at 617-227-7423.