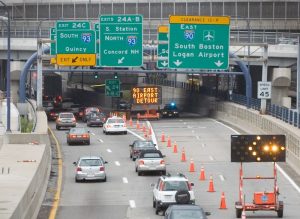 If you drive in Massachusetts it may have crossed your mind that the traffic and roads here are likely the worst ever. The truth is that you are not that far off. A new study from WalletHub put out a list of the best and worst states to drive in. We came in as the 7th worst in the country.

WalletHub is a financial website that that can provide users with free credit scores and lessons on personal finances. In conducting this study, researchers used 23 indicators including traffic congestion, price of gasoline, infrastructure, cost of vehicle ownership, safety, and access to vehicles and maintenance. Being in a relatively small state with a large population, severe weather, and poor road maintenance were key factors in the Bay State’s dismal rating. In fact, we were dead last (50th) in road infrastructure.

Are We that Bad?

But given poor road infrastructure, high gas prices, and other indicators, are Massachusetts drivers that bad?

As a matter of fact, we are that bad. In a 2016 study from Allstate Insurance Company’s Best Drivers Report, Boston ranked last among 200 of the most populated areas in the U.S. Worcester was second from the bottom. According to Allstate, Boston drivers are 16.7% more likely to be in an accident than the national average, with an accident average of every 7.1 years. Compare this to the safest city, Brownsville, Texas, where drivers can expect a new accident every 14.6 years.

Pitiable road infrastructure contributes to congested roadways and accidents. And, being stuck in traffic only leads to frustration and motorists taking unnecessary risks. Faulty design and other aspects of poor road infrastructure also create hazards including confusing or inadequate signage and lighting. Other examples of wretched road conditions include:

Construction work zones often have uneven road surfaces or confusing lane shifting. Oil and chip are temporary fixes to roads that can become slippery if left for too long.

Along with high insurance rates and traffic congestion is our failure to use seatbelts. Massachusetts drivers consistently rank among the worst for seat belt usage with only 78.2% of drivers and front seat passengers buckling up. The national average is 88.5%. Our usage, however, has improved since 2006 when only 67% of motorists wore seat belts. One reason is that our state has a secondary seat belt law, meaning that patrol officers will only pull you over and cite you for non-seat belt use if you are in violation of some other traffic offense. This secondary offense law may change soon. Seat belt usage among drivers and front passengers minimize the chances of being in a fatal accident by 45% and the risk of serious injury by 50% so it only makes sense to buckle up.

The hope is that legislators will appreciate the value of repairing roadways, eliminating hazards at certain intersections or streets, and implementing measures to reduce congestion. Improved infrastructure can save millions of dollars in property damage and injuries.

Liability in a Car Accident

In many accidents, a car accident lawyer need not look too far or closely to find another motorist at fault. Many accidents are caused by speeding, following too closely, making an unsafe lane change, or distracted driving. But since Massachusetts roadways are among the worst in the nation, your car accident lawyer may want to examine the road conditions as a possible contributing factor.

Accident reconstruction experts will review and investigate how a roadway was designed, built and maintained. If a particular stretch of roadway or intersection has a history of accidents, then city or county officials responsible for the road may likely have been put on notice that this is a hazardous area. Often, it takes a fatal accident involving a child or well-known or respected individual and a lawsuit to prompt action.

Some roads are designed, built or even maintained by private contractors. However, these entities like the city or department that engaged them may be shielded to some degree by having qualified immunity under the doctrine of sovereign immunity. In Massachusetts, you are limited in your damages to $100,000 for any claim or lawsuit against a municipality or political subdivision. If the accident was caused by a pothole, you may not recover more than $5000, regardless if you were injured. However, if the contractor violated state law and failed to follow certain explicit instructions, then it is questionable as to whether it can use the shield of sovereign immunity despite being retained by the city or state.

Damages vary in car accidents depending on the nature and extent of your injuries. Typical damages include:

Damages must be demonstrated and proved before you can be compensated. Having an experienced car accident lawyer handling your case ensures that you have the best opportunity to obtain the most compensation for your claim.

Car accident injury claim often involve complex issues of liability and proof of damages. Call the attorneys at the Law Offices of Burns and Jain if you or a loved one was involved in a car or any other accident for a discussion of what your claim entails and how our office can help you get the compensation you deserve.