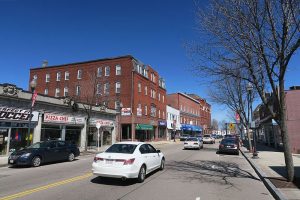 In two separate hit-and-run incidents involving young children, Massachusetts police were able to identify and charge two persons with leaving the scene of an accident involving injury or death, which is a felony.

In an April, 2017 incident in Milford, police arrested a 54-year old woman whose vehicle was seen on surveillance video after the accident that killed a 4-year old boy. The woman, who saw her vehicle from the video on the news, curiously showed up at a police station shortly after the accident and told police the damage to her car was from a tree branch. An investigation revealed the woman had fabricated the story and arrested her. Witnesses at the scene described the vehicle as having briefly stopped after the boy was hit before speeding off. Police are using this to show that the accused was aware that she had struck someone before fleeing. Along with fleeing the scene of an accident with injury resulting in death, the woman is charged with misleading police officers in an investigation.

In February of this year, a 22-year old man struck and killed an 11-year old girl who was crossing an intersection with her step-father in Salem. The driver did not stop after the collision but was later arrested, though police did not indicate whether he turned himself in or not. The man’s mother did say that her son fled the scene because he was frightened, which would imply that the man was aware that he had struck someone. Although the man was originally indicted on charges of vehicular homicide, negligent operation, speeding and other vehicular charges, those were dropped after an investigation failed to turn up sufficient evidence to support these charges, leaving a single charge of leaving the scene of an accident with injuries resulting in death. Indications were that the man was willing to enter a guilty plea. He faced either a jail sentence of up to 2-1/2 years or a state prison sentence of up to 10-years, both felonies. Records showed that the defendant had a criminal record and prior license suspensions.

The decision to drop the homicide charge in the Salem case stemmed from a police investigation that showed that the accident was “unavoidable.” The intersection lacked adequate lighting so that glare at that time of night was determined to have impeded visibility.

Finding criminal or civil liability in a hit-and-run case can be difficult at times. Although fleeing the scene of an accident is a crime, prosecutors need to prove that the suspect knew or must have known that he or she had struck someone or something. The law requires a motorist to stop and provide his or her name, address, auto registration and insurance information to other involved parties. Proof is needed to show that the person fled the scene in order to avoid arrest.

In a civil suit or wrongful death action that might have been filed, or still could be, in either of the two hit-and-run cases described above, your Massachusetts hit-and-run lawyer would have to show that the defendant negligently caused the accident. Fleeing the scene is not necessarily an indication of guilt or responsibility, or of negligent conduct.

In the Salem case, the defendant faced a charge of fleeing the scene but the criminal prosecutor determined that the accident may not have been entirely his fault, citing the lack of adequate lighting at the accident scene. In a civil wrongful death claim, a hit-and-run lawyer might show that the public entity responsible for maintaining that section of roadway negligently designed it or failed to make it safe by not providing adequate lighting or perhaps a safe place for pedestrians to cross. A prosecutor may have felt there was insufficient proof under the criminal standard that the driver was speeding but civil law provides for a lower standard of proof, which is proof by a preponderance of the evidence rather than the much stricter criminal standard of “beyond a reasonable doubt.” A wrongful death lawyer in this case might be able to have a reconstruction expert do additional investigation to support liability on the part of the driver.

In the Milford hit-and-run case, a similar wrongful death claim could be brought by the child’s parents against the woman who caused the accident. In that case, there is a surveillance photo or possibly video of the accident. A witness also stated that he observed the woman stop before taking off, which could be construed as proof that she had knowledge of the accident. Police reports did not indicate if there was any liability on the child; such as, if he had run out into the street or where he was when struck. If the accident was in a neighborhood or residential area, the driver’s duty to exercise reasonable care when driving would include being cautious in areas where children are prevalent.

What to Do After If Your Child is Injured

In any injury accident, getting immediate medical attention for your child is paramount. Even if your child’s injuries appear minor, symptoms may not appear until hours or days later. Your doctor or emergency medical staff may advise you to be aware if your child experiences headaches, nausea, dizziness, sleeplessness, disorientation, loss of memory or anything else out of the ordinary for your child over the next day or two. If you notice anything, immediately contact your doctor.

Having an experienced Massachusetts hit-and-run lawyer handle your claim is also essential. Insurance adjusters for the at-fault driver, if found, will want a statement from you or your child, if old enough. If it is an uninsured matter, then your own insurance company will become your adversary and may pressure you into an early settlement. It takes time for many injuries to fully manifest and there may be additional medical procedures that were not apparent in the weeks or months following the injury that will entail associated expenses such as physical therapy as well as loss of time in school.

Your car accident lawyer can also investigate your claim and may find other parties who played a role in your child’s injuries. For example, a flaw in a child safety or booster seat, defective brakes, tires, or steering in a vehicle, poor road signage or lighting, or defective highway design can open up avenues of additional compensation for your child.

In a minor’s claim, a parent is typically named as the guardian ad litem for the child and signs and approves any settlement. Any settlement must be approved by the court.

In a wrongful death claim involving a child, the child’s parents or surviving descendants may bring a claim that is brought by a court- appointed administrator since few children leave wills. Also, damages for the death of a child can be smaller since the child has not yet had an education or any earning capacity unless, for instance, the child was about to begin college.

Punitive damages may be no less than $5000, but they must be recovered from the individual personally since no insurance policy covers such damages.

The death of a loved one and especially that of a child caused by the negligence of another person or entity is an event that is never forgotten. Receiving compensation for your loss is no replacement for the loss of a loved one but you are entitled to recover damages. A hit-and-run lawyer from the Law Offices of Burns and Jain can handle your case from the outset to settlement or trial so that you need not have to deal with the complexities and issues of a difficult claim. Call our offices if you have suffered a tragic loss and see how we can help you get the compensation you deserve.