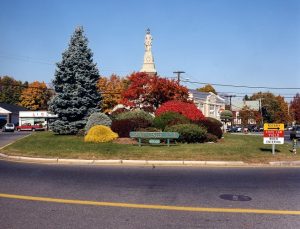 Are rotaries safe? Traffic engineers who designed these traffic flow systems seemed to think so, but sentiments are changing. Rotaries, also called roundabouts, are a common feature in many European countries. The difference between a roundabout and a rotary is that the former has one lane for traffic to circle and the later has multiple lanes. The theory behind these systems is that they facilitate the smooth movement of vehicles into a constantly moving circle at reduced speeds.

In reality, however, rotaries pose certain dangers. For instance, if traffic is heavy, entering the rotary can be hazardous since you have to wait for an opening.  Massachusetts drivers, already in the circular pattern may be jockeying to get to another lane to exit and may have to circle several times to do this. In either case, impatient or frustrated motorists will cut off other vehicles. This has resulted in T-bone collisions, rear-enders, and side-swiping collisions.

Rotaries can be frightening for motorists encountering them for the first time. Motorists in back of them may be honking and pressuring the neophyte to get into the pattern. Aggressive driving in such instances may be the only apparent way of entering and then finding your exit, which can lead to accidents.

In Western Massachusetts and the Pioneer Valley, comprising the counties of Hampden, Franklin and Hampshire, a study by the Pioneer Valley Planning Commission examined the rotaries in its district and found that 800 accidents had occurred in 9 rotaries between 2011 and 2013.  Of these 9 rotaries, the most dangerous was the South End Bridge in Agawam.

The Agawam rotary experienced 249 crashes between 2011 and 2013. The East Longmeadow Rotary had 164 accidents. Other dangerous rotaries were the East End Bridge Rotary and the Memorial Avenue Rotary. Since 2013, the city commission has taken steps to reduce the number of accidents by replacing the bridges over Route 5 followed by re-striping and relining. In other rotaries, cities and towns in the valley and elsewhere in the state have reduced the lanes in rotaries to one with a commensurate reduction in accidents.

In Massachusetts, the vehicles that are already in the rotary have the right-of-way. If a motorist becomes aggressive and enters in front of you with little room to spare and causes you to collide with the vehicle, you are likely not at fault; however, rear enders are generally considered the fault of the driver who is in back. Thus, if you do enter the rotary and are able to straighten out and are rear-ended, it is likely that motorist will be held liable for failing to keep a proper distance.

In a sideswipe, a vehicle may have attempted to change lanes unsafely and collided with you. In any event, all vehicles have to proceed cautiously in a rotary and be aware that cars are trying to enter even if the cars in the pattern do have the right of way.

It is unlikely that a municipality will be found at fault for its design or maintenance of a rotary despite the fact that a large number of accidents have occurred there, such as in the South End Bridge in Agawam. A case could be made that the municipality was aware of the numerous accidents over the years with a car accident lawyer citing studies showing that rotaries increase the incidence of accidents and that the municipality has been on notice but failed to implement measures to lessen the risk. A careful investigation by a road or traffic design expert could uncover a defect in its design or in road maintenance that was a substantial or contributing factor in the accident.

Your best option, however, is seeking compensation from the motorist who caused your injuries.

Damages in a Rotary Car Accident

Damages in a car accident claim depend upon the nature and extent of your injuries including establishing liability. Most injury claims will have the following damages:

Rotary and other car accidents demand the skills of a highly experienced car accident lawyer. Neil Burns has successfully handled the most complex accident injury cases and obtained millions of dollars in compensation for his clients over more than 30-years of practice. Contact him for an honest and in-depth analysis of your accident claim.