Have you ever been on a pub crawl in Massachusetts? This is just another name for bar-hopping where you and friends travel from pub to pub having a drink or two at each one. Usually, there is either a designated driver or, more frequently given their ubiquity, an Uber or Lyft so that the crawlers need not worry about being stopped and arrested for drunk driving. Unfortunately, one of these pub crawls resulted in a tragic accident in McHenry County, Illinois.

Chicago has a metro train line, called the Metra electric line or Metra. Pub crawlers use the service to bar hop along the way. It is a very popular way of patronizing multiple pubs and is obviously encouraged by bar and restaurant owners. If public transportation is used appropriately, motorists or pedestrians need not be concerned about drunk drivers. In most cases, this is likely true but not in the case of a 68-year old real estate agent of McHenry County who was killed when one of the pub crawlers decided he was fit to drive home after the last Metra stop. Both he and another person were killed when the young man unaccountably swerved into the victim’s lane of traffic. Toxicology tests on the responsible driver indicated his blood alcohol level (BAC) was 0.16%, which is twice the legal limit.

In many vehicle accidents and fatalities where fault is established the victim or victim’s family will sue for compensation. In this case, the family of the deceased sued both the estate of the responsible motorist and the three pubs where the motorist as part of the pub crawl visited and was served alcohol that fatal evening. The lawsuit against the pubs is under the state’s dram shop laws.

Massachusetts has its own dram shop law. To find fault here on the part of the establishment that served alcohol to the responsible party, the victim or victim’s family has to prove the following elements by the standard of preponderance of the evidence:

The main elements in Massachusetts dram shop liability are proving that the establishment knew the party was intoxicated but was served anyway and that it knew or should have known that the person would be driving a motor vehicle. 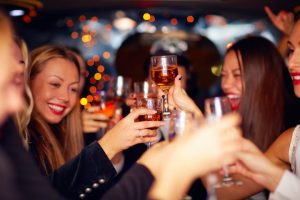 Since these cases can be difficult, retain an experienced dram shop lawyer to handle your claim if you or a loved one was killed under similar circumstances.

The results of a breath or blood test may be determinative of when the person was intoxicated if experts extrapolate them to the time when the person was served. For example, the BAC of the decedent pub crawler who caused the accident was 0.16% at 1:00 am. Experts could determine to some degree of certainty the person’s blood alcohol content (BAC) several hours earlier. This, however, by itself would generally be insufficient to hold any of the pubs liable since many people who drink show subtle or even little signs of visible intoxication unless they consumed a great many drinks.

The victim’s family would need witnesses to testify if the party was served at a particular pub and if they observed his behavior there. If someone could verify that the individual exhibited any of the signs of intoxication when served a drink at any of the pubs, then liability is likely to be proved.

However, there is the added element of the establishment having the requisite knowledge that it knew the patron would be operating a motor vehicle. The pubs’ shared defense may be that they were aware that the young man and the 40 or 50 patrons who accompanied him that evening were all pub crawling on the Metraand assumed they would be taking an Uber, Lyft or cab when the night was over like the majority of persons engaged in pub crawling on the Metra. A court or jury, however, may not agree that a pub is entitled to always assume that pub crawlers on the Metra are leaving by means other than driving.

Also, most pubs hold trainings for bartenders and servers to recognize when a patron is intoxicated and to refuse service. They are usually trained to ask the individual if he or she is driving or taking an alternate mode of transportation when leaving the establishment. If no training was held, this can be strong circumstantial evidence against the pub.

Regardless, it might take just one person to state that the party was visibly intoxicated when served at one of the pubs that evening to force a settlement.

In Massachusetts, a wrongful death claim is brought by the administrator for the decedent’s estate on behalf of the immediate family only. Damages can include:

Consult with premises liability lawyer Neil Burns, a Boston personal injury attorney who has obtained millions of dollars for his injured clients over his 30-years of practice. His experience, knowledge and skills obtained in handling thousands of cases can get you the compensation your case deserves.