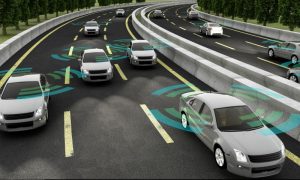 Many people are excited about the prospect of driverless or autonomous vehicles becoming commonplace on our roadways, eliminating the human factors that are responsible for causing 94% of all traffic accidents.  A high percentage of accidents and injuries are caused by intoxication, distracted driving (smartphone use) and speeding. If you are in a driverless car, though, then it makes no difference how intoxicated you are or if you are focused exclusively on your smartphone. Also, your driverless car will not speed so that factor may be eliminated as well.

But accidents involving autonomous vehicles have occurred during testing and designers and technicians admit that planning for every possible scenario is not possible, at least not yet. So if you are injured in a driverless car accident, who pays for your damages?

Autonomous Cars are Not Perfect

You may have seen an autonomous car if you drive in the San Francisco Bay Area or Pittsburgh, Pennsylvania where various companies like Apple, Google and Tesla are testing their products. You still have to have a human behind the wheel if on the city streets, though Tesla has a feature called Summon whereby you can call your car and have it drive up to your house. It also has an autopilot feature, though you are still required to be behind the wheel.

Testing of these vehicles has been mostly positive though accidents have occurred. Recently in Mountain View, California, a van passed through a red light and struck a Google driverless vehicle, causing extensive damage though no one was injured. Apparently, the Google vehicle lacked the technology that would have alerted it to the van’s action and taken steps to avoid the accident or it simply failed to work.

A fatal accident involving a Tesla occurred in June, 2016 when the autonomous vehicle drove into a semi-trailer truck, killing the Tesla passenger. The accident occurred despite the Tesla having a vehicle detection system that failed to work and allowed the car to speed up before colliding with the truck.

Google has admitted that its humans have had to take control of their test vehicles 341 times over a 14-month span when software failed to detect or avoid hazards. The driver had to respond 272 times to computer failure though only 13 of the total interventions were needed to avoid a collision.

Who Pays for an Accident? 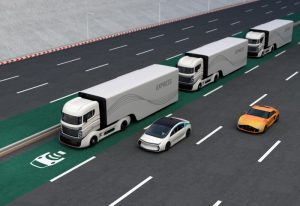 Following a typical car accident, the negligent motorist who caused the collision pays for any damages. However, in a driverless car accident, why can’t the plaintiff, or the liable party, also point to the failure of the autonomous vehicle to avoid the accident? After all, the manufacturer installed software for that very purpose.

Manufacturers would be prudent to not guarantee that its software is designed to avoid all accidents. Designers are quick to note that the technology is not perfect and may not be for some time, even after these vehicles are approved for public use. Some legal observers are commenting that liability might be based on whether the technology was supposed to exceed what a reasonably prudent human driver could have done to avoid the collision. The argument in these cases may be that the injured party relied on the representations of the manufacturer regarding safety. Also, did the software perform as reasonably expected in this situation or was the detection software even capable of avoiding the accident?

Another consideration is that manufacturers of these vehicles may have a higher duty of care to anyone on the highways since their technology is supposedly superior to a human’s ability and the manufacturer is promising a greater degree of safety. As the technology expands and is improved upon, the standard for what is considered reasonable for a robotic vehicle to do to avoid an accident will also increase. The goal of the autonomous vehicle industry, after all, is to reduce traffic fatalities and even injuries to zero.

One benefit of these vehicles is that all data related to an accident can be is stored within the vehicle. Information might include a video of the accident as well as data on the autonomous car’s speed, braking and operation of the vehicle’s car detection software. This could eliminate or minimize a traffic officer’s investigation into the accident’s cause.

Like any product liability claim, these are legal issues that may arise in an accident where an autonomous vehicle failed to avoid an accident, even where it was not at fault. Plaintiffs would also want to include the manufacturer because of its substantial resources in a serious injury accident since the main defendant motorist would likely not have sufficient insurance coverage.

Damages in an Autonomous Car Accident

Damages in a driverless car accident are no different from any other car accident. The amount of compensation you may receive depends on proving liability along with the nature and extent of you injuries. Your personal injury lawyer also needs to have supporting testimony or documentation of your injuries and expenses, pain and suffering and future expenses.

Your damages claim may include:

Neil Burns is a car accident lawyer who over his 30-years of representing the interests of injured claimants.  His office will tackle the complexities and uncertainties of new vehicle technology and how they apply to current laws. If you were injured in or by a driverless car, contact Neil Burns to discuss how this affects your claim and what he can do to ensure you obtain the most compensation to which you may be entitled.