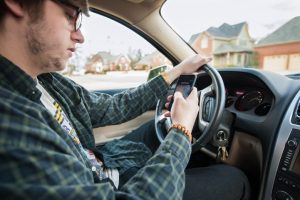 Most of us have to start driving sometime. Laws in every state allow you to start driving in your teenage years with some as young as 15. While this makes parents nervous, starting young can lead to developing sound driving habits and it frees up parents from having to drive their teens everywhere. However, teen drivers are novices. Combine inexperience with reckless conduct, an unfortunate trait of many teen drivers, and horrible accidents can result.

Any fatal car accident is tragic but can be especially devastating if the victims are teenagers. A recent teen car accident in Pennsylvania involved two teens streaming their drive live on Facebook just before being rear-ended by tractor-trailer that killed both girls Although it was not clear if the trucker will be held liable, the lesson was obvious:  doing anything other than focusing on driving can lead to tragic consequences.

The statistics on teen drivers is sobering. One-third of all deaths in the 13 to 19-year old age group are the result of a teen car accident. Distracted driving is a major culprit in motor vehicle accidents among all ages but especially among teen drivers. DoSomething.org reports that 56% of teen drivers admit to talking on their cell phones while driving. Deaths among 16-17 year drivers increase with each added passenger indicating that they become even more distracted with their peers in the vehicle.

Because raising the age at which you can obtain a driver’s license is unlikely, most states including Massachusetts have graduated driver licensing laws (GDL). These place restrictions on young drivers by limiting their driving hours and banning passengers under 18 for the first 6-months of obtaining their license. The Centers for Disease Control (CDC) confirm their effectiveness with statistics showing that GDL laws have decreased overall crash rates among 16-year old drivers by nearly 43%. In Massachusetts, full driving privileges are implemented at age 18.

Massachusetts teens can begin driving at age 16. Our state has a learner stage duration of 6-months during which the teen is barred from driving between 12:30 a.m. and 5 a.m. and may not have any passengers under the age of 18. Full passenger privileges are given at age 17.

The simplest way to reduce fatal accidents and serious injuries is to use seat belts. Sadly, Massachusetts ranks near the bottom in seat belt usage. The national average for buckling up is 88.5%. While citizens of our Commonwealth have made progress lately in using seat belts, we are still below the national average at 78.2%. It was 67% as recently as 2006. One problem is that a seat belt offense is a secondary violation, meaning that police may not stop you for neglecting to wear a seat belt unless you are violating some other traffic law. The primary justification among motorists for not wearing a seat belt is that they were only traveling a short distance, though most accidents occur when drivers are taking a short trip.

Damages in a Teen Car Accident 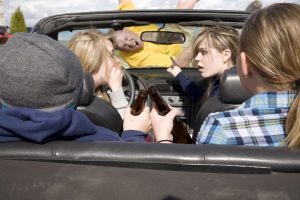 If you were injured in a car accident that was caused by the wrongful or negligent conduct of another individual, then you are entitled to compensation. Damages for which you may be compensated include special damages, or your economic loss, and general damages such as pain and suffering. Factors affecting what you may be awarded include:

Damages in a car accident may include:

If a wrongful death claim, the administrator for the decedent’s estate may bring a claim on behalf of the immediate family members. Damages may include:

Neil Burns is a Boston car accident lawyer who has handled thousands of car accidents, including those involving teen drivers. In his over 30 years of experience, Mr. Burns has obtained millions of dollars for his car accident clients. Call his office today for a free, in-depth analysis of your car accident injury claim.