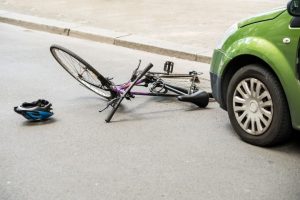 More and more people are using bicycles in urban areas to commute, shop or visit friends and family as well as to exercise their legs and lungs.  Lighter bicycles, more gears for easier hill climbing, and no worries about parking, traffic jams, tickets or auto insurance account for some of the increase in usage.  However, bicycles and urban traffic also mean risks to bike riders. This fact of city life is no less evident than in the city of Cambridge that has decided to do something about its bike safety problem.

Cambridge, a city of about 109,700 people, experienced 263 bicycle accidents last year, an extraordinary statistic for a city of this size.  One particular area that has had an extremely high incidence of accidents between motorists and bicycles is Inman Square, in Cambridge.  One person who regularly bikes in this area has referred to it as a “dance of death.”

What makes this area so hazardous is its strange configuration where 5 streets merge into one. The city council decided to crack down by banning left turns at this intersection as a temporary measure, at least, before deciding whether, how and when to reconfigure this intersection so that cars, pedestrians, and bicyclists can all live in harmony.

Specifically, the ban pertains to:

The ban has been in effect since November 3, 2016. There are also 9 pedestrian walkways at Inman Square with 2 MTBA bus lines traversing the intersection.  City officials will be studying the left turn ban and its impact on safety.

The move to take action in the city was also prompted by the Boston Cyclists Union, a bicycle advocacy group that has been pushed for more bike lanes and other measures to protect cyclists throughout the Boston metropolitan area.

Motorists need to be more aware of cyclists in their midst.  Cities and towns throughout the US are incorporating designated bike lanes, traffic signals for cyclists and road markings to allow for and to protect bicyclists.

There are some things you can do to protect yourself when riding:

Motorists also need to follow basic commonsense when driving with cyclists on the roadway. Some of these measures include:

Damages in a Bike Accident Case

If injured in a collision with a motor vehicle, you are entitled to compensation from the driver’s auto liability policy as well as no-fault benefits. To recover for other damages, including pain and suffering and emotional distress, you do need to prove the motorist was negligent. This can be demonstrated by eyewitness testimony, location of the collision and possible video surveillance if at an intersection that has cameras installed. Drivers who make left turns at intersections and strike a cyclist or who suddenly enter bike lanes well before the turn are likely to be culpable. You will need an experienced Cambridge bike accident lawyer to represent you in an injury claim.

Damages in bike accidents can include:

Contact Cambridge bike accident lawyer Neil Burns. Knowledge of the city and its ordinances, the insurance laws as well as motorist and bicyclist behavior are instrumental in achieving a satisfactory resolution of your injury claim. Call his office today for a free evaluation of your bike injury claim.