For those of us who commute to work and have a firsthand look at our fellow motorists on Boston roadways, we may have shaken our hands at how bad so many drivers appear to be. Speeding, cutting off other drivers, making turns from the wrong lanes, ignoring red lights and traffic signs and generally driving like those in third world countries where driver training is nonexistent seems de rigueur for our city. 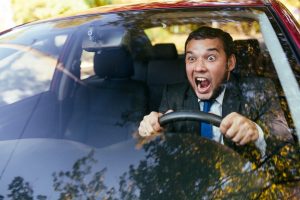 Many conversations with drivers from other cities focus on how poor drivers are in their part of the country, but guess what? We really are among the worst drivers in the nation! Rankings put out by Allstate Insurance of the 200 largest US cities had Boston at 200 and on its heels at 199 was Worcester. Springfield was 196th.

This distinction is rather curious, however, because the state of Massachusetts is not even in the top 10 of worst driving states. Florida has the award for that and can also boast it is second in the nation regarding the number of uninsured drivers. Our state, however, has the highest number of insured drivers, making it a relatively safe state to driver so long as you stay away from Boston, Worcester or Springfield.

Boston drivers average an accident every 7.1 years, making it 167.6 percent more likely that you will have an accident than the national average. Brownsville, Texas had the best rate at 14.6 years between accidents. Our drivers also submit some two and half times as many claims as other cities

Are Boston Car Accidents the Cause?

Everyone likes to weigh in on why Boston’s motorists are the worst. Attitude may be one. Commentators like to point out that Boston motorists drive as if no one else is on the roadway or that the presence of other cars is an annoyance that can be ignored or that they must be made to pay for having to share the road. During the winter, residents are known for shoveling out a sole parking space for their vehicle and then placing a large object there to prevent other cars from parking there.

The so-called ‘Boston left” is another rude if not dangerous maneuver though not unique to our city. When getting impatient to make a left turn as a stream of cars parade past you at an intersection that has no turn arrows and with cars in back of them following with their own left turn, you suddenly dart left in front of an approaching car just before the light changes rather than waiting for the next light cycle.

Boston also makes it confusing for newcomers or visitors if not its own residents by having the same street names for multiple streets. Feeling that it is not necessary to use turn signals is another pet peeve of other Boston drivers who feel they are driving as safe as anyone else. Endless road and building construction that blocks or detours traffic or shuts off lanes is also to blame for creating frustration and impatience.

Boston’s streets can be a puzzle and difficult to navigate. If you miss a turn, good luck getting back to where you wanted since few streets run parallel and lanes often do not indicate that you can make a left or right turn or have to proceed straight.

For whatever reasons you can think of, Boston can boast of drivers who have their own agendas, wish to take out their frustrations on others and drive like no one else’s business.

Damages in a Boston Car Accident

Damages in a car accident can be serious. Injuries range from whiplash or sprains and strains to the neck and back in rear-end accidents, to broken limbs, burns and lacerations, facial injuries, traumatic brain injuries, paralysis and death.

Your damages in a typical car accident may include:

Neil Burns is a fine driver and an even better Boston car accident lawyer. He has been representing the interests of accident victims in the Boston area and throughout the state for 30 years and has handled the most complex issues to the satisfaction of his clients. Call his office today for a free consultation and to see what he can do for your claim.