Uber and Lyft and any other lesser known ride-sharing companies, also known as Transportation Network Companies (TNC), are here to stay. Despite the best efforts of the taxi industry, certain states, cities and foreign countries, Uber ,and Lyft to a lesser degree, have given consumers a viable choice when seeking transportation. However, there are some things you need to know about Uber regarding insurance.

Are You Covered in an Accident? 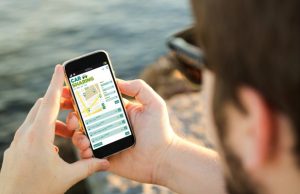 Uber drivers are independent contractors, or at least Uber claims them as such, and are required to carry their own personal liability coverage. Their personal insurance applies when the Uber app is not on and the drivers are not seeking ride requests. Unlike taxis, Uber and other TNC companies are not allowed to seek out people on the streets who are searching for a cab and can only pick up paying customers who request them through their smartphone app. Payments are automatically deducted from their credit card already on file.

Uber and Lyft both carry insurance coverage of $1 million when the rider app is on and the driver is transporting passengers in the vehicle. Prior to 2016, there was a gap in coverage when Uber would not provide coverage for accidents that occurred while the app was on but the driver had yet to receive a ride request. Insurers for the drivers were also denying coverage. This was remedied when USAA Insurance received approval from the state to provide “gap protection” insurance to cover this interim period. Other insurance companies will undoubtedly follow in offering such coverage. Depending on what insurance company the Uber driver has as carrier, you may have to seek coverage from the uninsured provision of your own carrier for any injuries and damages you sustain with an Uber driver who had the app on but was not carrying passengers. Having your own uninsured and underinsured coverage is critical.

Taxis in Massachusetts, however, are only required to carry the minimum allowed under state law. This is $20,000 per person, $40,000 per accident and $5,000 for property damage. If the owner of the taxi is self-insured, they may only have a bond that will generally not provide much coverage. In any case, these minimums are outdated and in many accident claims do not come close to adequately compensating persons injured by a cab driver’s negligent conduct. Again, you should have underinsured coverage.

Larger cab companies also establish separate corporations for their fleets and provide limited funding. If you have a claim against them, you are severely limited in what you can collect. The only way to protect yourself in such situations is to carry at least more than the minimum in uninsured (UM) and underinsured motorist coverage (UIM). It does not cost much more to have at least $100,000 in coverage; we recommend higher. Even an accident with minor injuries where you are transported by ambulance, given routine tests and perhaps told to stay overnight in a hospital can cost upwards of $25,000 or more in medical care alone.

Uber and Lyft have been taxed by other cities or states in the form of a sales tax on rides but Massachusetts has become the first state to directly tax the companies. The tax is not paid by the riders or passengers but the companies themselves. A twist on the tax is that a portion of it goes to the taxi industry.

The tax is $.20 per ride with 10 cents to town and cities, 5 cents for a state transportation fund and 5 cents for taxis. The payment to the taxi industry is to help pay for “new technologies and advanced service, safety and occupational capabilities.” No one has really explained what this really means. Lyft spokespeople expressed no dissatisfaction with the new tax and Uber has remained neutral in its comments.

As we all know, companies that are forced to pay more in taxes or fees pass these onto the consumer. Uber and Lyft give about 2.5 million rides per month in Massachusetts, which will be about $500,000 per month in taxes. Do not think that these companies will not increase its fees to make up the tax it is being forced to cough up and look for where the monies are spent!

Still, ride-sharing companies are the ride of choice for increasing numbers of persons who may find that they would rather ride in a comfortable vehicle with a friendly driver than with a surly cab driver in a taxi that has seen better days. As far as insurance is concerned, protect yourself by having sufficient UM and UIM coverage, regardless if you take a cab or an Uber.

Damages in an Uber Accident

Damages in Uber accidents can be substantial. City driving can be hazardous and you could be injured as a passenger, pedestrian or other motorist if an Uber driver is negligent. Examples of negligent driving include speeding, making unsafe turns, driving through a red traffic signal or driving while distracted.

Damages in an accident could include

Contact Neil Burns, an Uber accident lawyer, who has handled complex insurance coverage issues and who has held responsible parties accountable for persons injured by negligent motorists, Uber or otherwise. If you were injured by a taxi, there are hoops to go through to obtain the compensation you deserve.so an experienced and seasoned attorney is essential.  Call the Uber accident lawyer, Neil Burns, who has obtained millions of dollars in compensation for his injured clients over his 30 years of practice.