The end of the Massachusetts boating season is here.  Boating is a popular pastime for millions of people. Being on the water can be a relaxing experience with opportunities to enjoy the vistas, cool breezes, sun, and to fish, swim, water ski or spend time with friends and family.  Unfortunately, boat collisions and boating accidents are not uncommon and the consequences can be catastrophic for the victims. 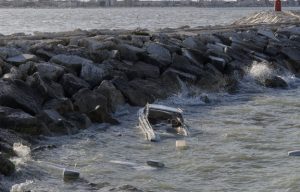 Boats are considered motor vehicles and the drivers need a license to operate one.   If you were injured in a boating accident, you should know that like a car, the operator needed training in turning radiuses, maneuvering, avoiding other water craft and swimmers, knowing and obeying the speed laws, and, of course, safety.

Factors in boating accidents and collisions include:

Just recently, Juan Hernandez, one of baseball’s premiere pitchers, was killed with 2 other passengers in a boating accident in Miami. Reports indicated that the boat, a 32 foot, SeaVee Center console, collided with a jetty at a high rate of speed and caused the boat to flip. Although none of the passengers were wearing life jackets, it is doubtful these would have saved any of the victims. One official noted that the boat had been stopped a number of times previously for safety violations though he did not indicate what those violations entailed.  The passengers’ families may have a claim for wrongful death against the driver in this case.

Another example of speed and intoxication as factors in a boating collision occurred in Washington State when a boat operated by a driver who was later reported to have been drinking crashed into an anchored craft that had its navigation and cabin lights on. The collision caused the boat’s occupant to suffer numerous injuries including a broken spine, broken fingers, lacerations and cognitive impairment. Officials estimated the boat was travelling at least 28 miles per hour though one witness estimated it at 35 miles per hour. The speed limit in the area where the accident occurred was 15 miles per hour.

No charges were brought against the operator since the accident was reported hours after it occurred and the driver could not be tested for intoxication. Also, officials determined that although the boat was speeding, it was not considered excessive enough to be considered reckless. The injured party has brought a personal injury action against the operator for negligent operation.

If you were injured in a boat collision or other accident, you may be able to seek compensation under the boat owner’s homeowner’s insurance. This type of insurance usually covers accidents at the home such as slip and falls and dog bites. Boats on the property are covered as well but for accidents on the water, the homeowner would have to have a policy to cover injuries sustained while on the water.

Boat insurance is similar to auto liability and property damage coverage that will insure boat owners if they are sued in an accident. They also may carry uninsured and underinsured coverage in case their boat is damaged by another craft or they and their passengers sustain injuries in a collision with a boat that is uninsured or underinsured.

You will need an experienced boat collision lawyer in these types of claims who has handled coverage issues as well as problems regarding liability.

Damages in a Boat Collision

Boat injuries can be catastrophic or deadly as the two examples indicated herein demonstrate. Passengers in a collision are not wearing seat belts and can be thrown inside the boat or into the water rendering them unconscious or causing traumatic brain injuries and other serious injuries. Damages may include:

In a death case, the administrator of the decedent’s estate can bring a claim for the immediate family members. Damages may include:

Contact boat collision lawyer Neil Burns of Boston who has handled numerous boating accident injury claims during his 30 years of practice for an in-depth analysis of your boating accident claim.