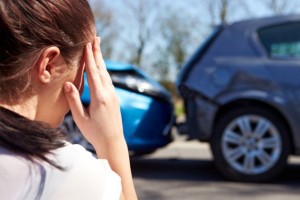 Is the incidence of car accidents in Boston on the rise? The population of major urban areas like Boston is not waning despite the fact that the baby boomers vastly outnumber the Gen Xers and Millennials who are moving to the cities in search of mostly tech jobs in droves. As younger people move in to the city and surrounding suburbs and commute and the older generation remains, other businesses that cater to them grow as well. However, with a growing population, the number of commuters increases as does the number of car accidents.

Researchers from the Dukakis Center for Urban and Regional Policy estimate that there will be 117,000 more commuters on Boston roadways in the next 15 years with 80,000 more cars and trucks. Bus and trolley, subway and commuter rail usage will also rise significantly within this time.
Are Baby Boomers Responsible for the Rise in Accidents?

Along with the rise in commuters is the increasing number of aging baby boomers, the largest demographic. This group encompasses those born between 1946 and 1964. The first of the boomers to reach age 65 was in 2011. By 2012, there were nearly 65 million licensed drivers age 65 or older in the US. Although older drivers tend to drive more slowly or cautiously than 20 or 30 year olds, their age is not necessarily indicative of why traffic accidents are on the increase in Boston or elsewhere.

As we age, our bones become more brittle and we are more susceptible to injuries from minor falls. Consequently, people in their 70s and older are much more apt to be injured in an accident. Complications from injuries are more likely as well, especially if you have to undergo surgery. Fatal injuries from car accidents also increase significantly beginning at age 70.

Seniors, however, can and do take steps to lower their risk of being in a car accident or sustaining an injury. These include:

More seniors use public transit as well. While there are accidents where a senior mistakes the gas pedal for a brake, for example, many more accidents are caused by speeding, impairment and distracted driving, factors endemic among younger drivers.

Fault in a Car Accident

If an older driver is involved in a car accident, some assume that driver violated a traffic law such as going through a red light, making an unsafe lane change, falling asleep or other violations. Fault should never be assumed based on age or other characteristics of the motorist but should be determined by examining all potential factors.

Car accident lawyers look to various resources and factors in determining fault in an accident:

Any of these or combinations can be a factor in causing an accident. Mechanical problems may include a blown tire, faulty steering or brakes. A motorist can become easily confused if there is inadequate signage or if obstructions such as foliage or damage obscures them. Defective guardrails still exist in many parts of Massachusetts and are known to have been factors in causing fatalities and serious injuries.

As our population grows and ages, more resources need to be dedicated to upgrading our infrastructure and transit systems or we face increasing rates of accidents.

Damages in a car accident have to meet a certain threshold before you can collect for pain and suffering and other compensation. In Massachusetts, your injuries must either be serious, fatal or have medical expenses that exceed $2000. Nevertheless, you can generally collect PIP benefits up to $8000 for medical and wage losses if you lack medical insurance but not for non-economic damages such as pain and suffering or psychological trauma. Once the threshold is met, damages in a car accident claim may include:

If a loved one was killed in a car accident, the immediate family may collect in a wrongful death action brought by the decedent’s administrator for: