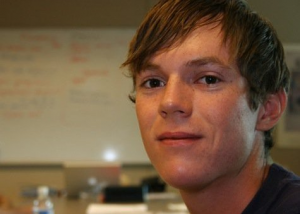 Like most people, I hadn’t thought much about distracted driving. You see the ad campaigns everywhere, you know it’s not a good idea, but it seems almost perfunctory, like a mother telling her children to make their beds in the mornings. I’m a pretty careful driver, watch where I go and what I do, and like to assume the same of others. Every day I travel, and the vast majority of the time things operate normally. We become complacent though, so used to things working out that we forget how fragile and delicately maintained this equilibrium actually is. Millions of Americans continually propel themselves in multi-ton vehicles at high velocities, where the slightest miscalculation or oversight can have dire consequences. This summer I was victim to one such case. I’m thankful and blessed my incident turned out to be minor, but many others have not been so fortunate, and that provided me a better perspective of how serious an issue this is.

I live in Tucson, Arizona, a beautiful region perfectly suited for bicycling. One day, like hundreds of others before, I went out on a bike ride in my neighborhood. I admired the soaring mountains in the background, appreciated the rush of wind cooling down the desert heat, and attentively kept in my bicycle lane, even on the far edge, away from traffic. It was a bright, sunny day, no clouds in the sky, on a straight and flat road with a generous space allotted to bicycles. I had made a point of wearing my red shirt for visibility and had my helmet on. I’d ridden these same roads for the past decade, ever since moving out to the desert. While being dutifully conscientious, I felt confident and safe. I had grown accustomed to the vehicles whizzing by at close proximity, but then heard a vaguely disconcerting sound behind me, somehow out of the ordinary. Simultaneously I felt a crushing blow to my rear, launched forward, and felt a sensation of rolling. In a daze, I stood up, stumbled to my feet, walked up to a car that had stopped, and asked the man getting out if I could just sit in his car.

I pride myself on being in control. I like to think that if I do the right thing, things will work out for me. I want to be able to respond in the correct way to any situation. In that moment however, I felt helpless. I just stared straight ahead, uncertain of what had happened, what to do, and what was going to happen. The man who had hit me had been distracted, and nothing I could have done would have protected me from this incident. There was no way I could have been more careful, no way I could have avoided him, no way I could have been safe. I personally learned that distracted driving has consequences.

I am lucky. Things worked out for me very well, and in the greater picture I have no reason to complain. The entire process did hurt though, in many ways. At the moment I felt horrible, bodily and psychologically. The man who hit me was, if anything, more disoriented than I was. A considerate bystander stopped her car and kindly assisted me. I asked her to call 911, then asked her to look up the phone number of the church my mother worked at, because I couldn’t even remember a contact number. As I sat there in the car, waiting for an emergency vehicle to arrive, listening to the classical music blaring in the sedan, next to the elderly man who had hit me, I was struck by how mundane it all was. Everything was so normal. Every day we go through similar routines, and this one happened because a wheel turned a few degrees to the side such that a car moved a few feet to the right. My body was still in shock, I knew I was in pain but couldn’t tell how severe. My motions were disconnected, my vision was blurred, and my thoughts were cloudy. I nearly felt like crying though for the sole reason that it was such an absurd and pointless thing to have happened.

Skilled and professional paramedics arrived, and took care of me. They did quick vitals checks, quizzed me to see how alert I was, joked with me, called my parents to reassure them, overruled my quiet protests that I was fine, and drove me to the hospital in an ambulance. There another talented team of doctors and technicians thoroughly analyzed me, ran tests, ran additional batteries of tests, and had me stay longer to ensure I was stable. After a few hours I was released, walking slowly and clumsily, with prescriptions for pain medication to allow me to sleep for the night, and I began my recovery process.

The pain of an accident is not for a moment, or the duration of a ride to the hospital. It involves far more. After having my wisdom teeth removed, I rejected the use of pain medication out of some sort of vain self-reliant principle. After this accident however, I could barely get into my father’s car to leave the hospital, and sitting was excruciating. Sleep was not an option, as I began to feel every cut and bruise from the crash. I submitted and took pain medication for a night. I tried to put on a good face, but couldn’t help but walk uneasily. Out of necessity I abandoned for a while the physical activities I adored, including my pickup soccer at the park, morning runs, and racquetball at the recreation center. I gradually worked to get back to the physical state I had been. It was a frustrating realization that even a minor accident sets you back seriously.

The costs involved in an accident are significant as well, material and in unexpected means. I was stunned at how much money gets involved for a trip to the hospital through an ambulance and subsequent treatment. My bicycle had also been totaled, and my helmet had an impressive hole smashed through it. I reluctantly waded into the insurance process, and that in and of itself was a whole category of pain. The insurance of the distracted driver, at fault according to bystanders and the police report, apparently couldn’t cover my costs, so my insurer had to do that instead. I talked with a number of people in both companies, had multiple active files, and dealt with people who were obviously under heavy workloads and themselves distracted. To speed up processes that seemed stagnant and sometimes actively stalled, I went out and did my own research, contacted the various and sundry companies involved to obtain relevant bills, provide estimates of damage, and suitable replacements for my equipment. My cases still aren’t resolved, and I’ve learned firsthand how byzantine the process can be. The time and effort placed into this process have been in some ways a more lasting burden than the physical pain.

Moreover, distracted driving has deeper and less obvious effects. I love bicycling. After a long day of studying, I relished the opportunity to go out for a quick ride to ease my mind. I daily drive around to get to work, school, and church. Modern life depends on constant interactions with roads and cars. While visiting my brother in Taiwan, I’ve happily bicycled in the hectic markets of Kaohsiung and densely urban Taipei. Nothing unsettled me as much though as my first ride in my neighborhood after purchasing a new bicycle. Every time I heard a car rush by, I involuntarily cringed, fearing that the noise I had become so accustomed to would change ever so slightly into that sound I had heard immediately before flying into the air. Waiting to cross a street, I felt like a coward, because I was so nervous of an unexpected vehicle appearing from nowhere. When I finally reached the park that had been my destination, I realized my whole body had tensed up, and the peace I’d come to appreciate from riding had disappeared. I knew logically that the likelihood of another incident was minimal, but at some point logic has little effect. I now enjoy quiet rides at the Saguaro National Park, and I plan to continue riding on the streets, but it will be an adjustment to recover my sense of safety and ease. Even driving was unnerving, and I still don’t prefer to have open windows where I can hear every intonation of cars rushing all around. Psychological pain can be unseen, unreasonable, and seemingly inconsequential, but for those very reasons it can be even more difficult to deal with.

Again, I’m thankful that my encounter with a distracted driver was so minor. My body was tossed and rolled, but my bicycle took the brunt of the damage. My experience from falling in sports led me to instinctively relax myself as I fell and loosely go with the roll, possibly limiting injury. A hit from behind is not nearly so damaging as other vectors, and the driver may have somewhat altered his course as he finally saw me. My helmet broke and was knocked off my head, but I seemed to have received no serious head injuries. I had an insurance company to deal with, and my family were supportive. Still, this served as a reminder to myself, and should remind others, that distracted driving is not something to take lightly. It takes very little for a typical mundane action to turn destructive. Taking that to heart will help others avoid easily prevented pain and suffering.