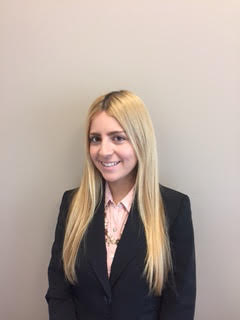 Why You Shouldn’t Text And Drive

What you might not know is that “texting while driving” is just one form of “distracted driving”. Yet, texting is the worst form of “distracted driving” because it involves all three types of distractions at one time. This is an important concept because “distraction” was identified as a factor in nearly 6 out of 10 moderate to severe motor vehicle accidents involving teens (AAA Foundation for Traffic Safety). Moreover, it was found that driving while distracted is the equivalent of driving with a blood alcohol level of 0.08 (Virginia Tech Transportation Institute). The three types of distractions are visual, manual and cognitive (Centers for Disease Control and

Despite the danger of distracted driving, most of you have probably at some point engaged in its most popular form: texting while driving. In fact, to be more specific, “Nearly 50% of all US high school students 16 years old and older text or email while driving (Centers for Disease Control and Prevention). Yet, some may not know that texting while driving is such a dangerous activity and cognitive distraction that researchers found that driving while using a cellphone reduced the amount of brain activity associated with driving by a shocking 37% (Carnegie Melon University). Reaction times are also affected, as drivers between the ages of 17 and 24 were shown to have slower reaction times while texting and driving than those who were “legally drunk or under the influence of marijuana” (Transport Research Laboratory). Even more shocking, a 20 year old driver who is texting has the reaction of a 70 year old (Human Factors, Winter 2004). In terms of accidents, it was found that a texting driver is 23 times more likely to be involved in a motor vehicle accident than a driver who is not texting (Virginia Tech Institute of Transportation). You might claim that as long as it is a short and fast text it is okay, but even though the average texting episode takes your eyes off the road for just 5 seconds, when you are driving at 44 mph, that’s the “equivalent of driving the length of a football field while blindfolded” (Virginia Tech Institute of Transportation).

Are these statistics not good enough to convince you? We always like to think that we are invincible and nothing will happen to us. Yet, what about thinking instead – is it really worth risking your life over that text? To put this into perspective, there are a few examples worth thinking about. Ann Sanford was a 32 year old woman from North Carolina who ironically, posted on Facebook “The happy song makes me HAPPY”. A minute after, she was dead from a fatal car crash. In 2012, rapper Ervin McInnes from California tweeted “Drunk…going 120 drifting corners YOLO”. A few seconds after, the driver in his vehicle ran a red light and five passengers in the car were killed. Another shocking example is from 2012, when Chance Bothe from Texas was driving and texted “I need to quit texting, because I could die in a car accident”. Although Chance did not die, moments after he drove off a cliff and had several serious traumatic injuries. Another shocking example is eighteen year old Taylor Sauer who (according to police reports) had been posting on Facebook constantly during her drive. She wrote “Driving and facebooking is not safe haha”. Just a few seconds after, she rear-ended a truck at 80 miles per hour and died (Goad, from Thought Catalog). One particular teen – Alexander Heit – gained popularity on the news from his text just moments before his death. His friend had texted him “Hey man I had to run for like an hour”. Heit tried to text him back saying “Sounds good my man, seeya soon, ill tw”. The text was not sent and was found unfinished in his phone, as he drove onto oncoming traffic and rolled his car off the road. Heit’s parents decided to release the photo of his unfinished text on his phone to remind and make young drivers aware of the dangers of texting while driving (Evans from Mirror UK). Were these texts really that urgent? Could they not have waited? Were they worth a life? These are questions you have to ponder before you decide to grab your phone to text while driving. We live in a society where multi-tasking is part of our lives, but driving is an activity that requires our full attention at all times.

The goods news is that all of this is preventable. It begins with an awareness of the dangers and a commitment to eliminate unsafe behavior. It is important to be aware of the massive dangers of engaging in texting while driving or any other distracting behavior. By making the personal commitment to drive “phone-free”, never texting or talking on the phone while driving, being a good passenger and speaking out if the driver in the car is distracted and encouraging your friends and family to follow by your example, you put your safety as the first priority and can avoid becoming one of these tragic and shocking statistics.

Evans, Natalie. “Haunting Unfinished Text Message of Driver, 22, Killed In Crash Before He Could Send It”. Mirror UK, 11 April 2013. http://www.mirror.co.uk/news/world-news/haunting-unfinished-text-message-driver-1824072