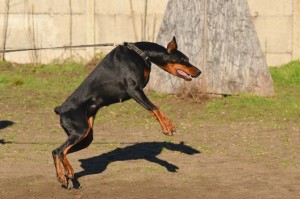 Each year there are an astounding 4.5 million dog bites in the US with many victims requiring reconstructive surgery from being mauled by a dog’s powerful jaws, teeth and claws.  The Center for Disease Control reports that 368,000 dog attack victims visit emergency rooms each year with 27,000 requiring reconstructive surgery.  In 2015, there were 35 fatalities nationwide that were attributed to a dog attack.

The laws in Massachusetts regarding liability of dog owners is clear:  strict liability attaches for any bite or attack, regardless if the owner had knowledge of the dog’s tendencies or if the dog had never bitten anyone previously.

Why You Need a Dog Bite Lawyer

However, clear liability does not always result in a quick settlement that adequately compensates the victim for injuries that can be seriously disfiguring, require numerous surgeries and cause intense pain and loss of function in some cases.

A recent court case in a dog bite matter in Denver highlighted the battles that many dog bite victims must endure to get the compensation their case deserves.  In a 2008 mountain bike competition, a female racer was viciously attacked by two Great Pyrenees dogs that its owner claimed was protecting his sheep herd.  The woman suffered injuries to her left eye, torso, right thigh and ankle.  Her plastic surgeon opined that the number of stitches she received were nearly too numerous to count.

A case like this might appear an easy settlement but the case went on for nearly 6 years since being filed in 2010.  One court had dismissed the case on the basis that the woman was a trespasser though the race was on public land; an appeals court overturned the ruling.  After extensive litigation, with an aggressive Colorado attorney, the settlement was reported to be $1 million.

In other recently published dog bite cases around the country, a 6-year child was awarded $250,000 for injuries that involved a 13 cm Y-shaped laceration to his forehead.  A 3-year old who suffered 28 puncture the marks to left side of the face requiring 28 stitches under her eye was awarded $90,000.  Both cases went to litigation.

Each of these cases might offer pause to those who think that these cases are easily handled with large damage awards readily offered.  In most states, including Massachusetts, the only defenses a dog owner can offer in these cases are:

Young children or those under the age of 7 are presumed to have not engaged in provoking the dog unless the dog owner can present substantial proof.  But even in the above cases where someone was on public property in a sanctioned race or where very young children were mauled, insurers will fight issues of liability and the extent of injuries and damages, forcing families to litigate these matters for years.  If you or a loved one have been attacked you have a very good chance of winning your claim.

Permanent scarring or disfigurement is not uncommon in dog attacks. Other injuries include

Many of these injuries are permanent and can lead to severe emotional trauma as well.

Damages in a Dog Attack Case

Damages in some dog attack cases can be substantial, especially if the victim requires several reconstructive surgery procedures. Typical damages include:

Neil Burns is a Boston dog bite lawyer who has handled difficult claims involving catastrophic injuries for over 30-years including dog attack cases.  Despite the fact that strict liability is designed to simplify these cases for settlement, the truth is that intense litigation can frustrate many claimants and lawyers and cause them to settle for much less than their case warrants. Contact dog bite lawyer Neil Burns who has obtained millions in compensation for his clients and who will zealously advocate for you until you receive the compensation you deserve.