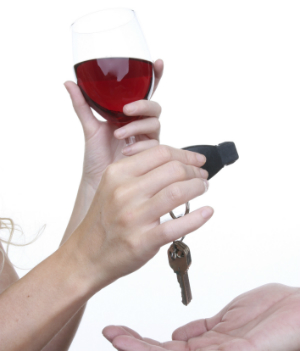 In a tragic series of events, two women and a six-year-old girl lost their lives after their vehicle was struck head-on by an underage drunk driver on July 18, 2015.  You don’t need to be a lawyer to know that drunk driving is always the wrong decision.  Chandler Kania, 20, had spent his evening using the fake ID of an older friend to buy drinks at two bars in his North Carolina town.  His friends made efforts to stop him from getting behind the wheel, but he knocked one of them to the ground and proceeded to drive off.  Mr. Kania then drove north on the southbound side of Interstate 85, crashing directly into the vehicle of Felicia Harris, 49, Darlene McGee, 46, Janiece Smith, 6, and Jahnia King, 9.  Jahnia thankfully was not seriously injured, but lost her beloved relatives in the crash.

The two bars where he purchased drinks are currently under investigation and risk losing their alcohol permits.

If You’ve Been Hit By a Drunk Driver Get a Lawyer Now!

The choices made by Mr. Kania have had devastating consequences.  We urge our readers and clients to learn from the events in North Carolina in an effort to prevent such tragedies from happening in the Commonwealth.  The National Institutes of Health report that since the drinking age was raised to 21 in the 1980s, alcohol-related traffic fatalities have reduced by 50%, mostly within the age range of 16 to 20, but that alcohol accounts for more than one-third of traffic deaths amongst that same age range.  Car accident lawyers see the impact of the actions all to frequently.  Mothers Against Drunk Driving (MADD) reports that teen alcohol use kills more than 4,000 people each year and that someone is injured in a drunk-driving collision every two minutes.  These statistics are staggering and it is positively vital to continue education about the dangers of underage drinking and drinking and driving.

In addition to these risks, those who drink and drive face significant legal consequences.  In Massachusetts, a driver convicted for a first offense OUI or DUI faces up to two and a half years in jail, a fine of up to $5,000, and a one-year license restriction.  The consequences only get worse from there.  The legal alcohol limit is .08 for those over 21 years of age and .02 for those under 21 years of age.

For your own safety and the safety of other drivers, pedestrians, cyclists, and your loved ones, please always choose a designated driver if you are drinking alcohol.  With vast public transportation options in the Boston area, ride-share services such as Lyft and Uber, and an abundance of cabs, there is positively no reason to get behind the wheel after a night out.

Is the Bar Responsible For the Deaths?

The bar that served the underage individual may also be held liable, as it is illegal to serve alcohol to those less than 21 years of age.  The bartender would be responsible as well.  Each of those parties would not only potentially face criminal charges, but would certainly face negligence and wrongful death claims and lawsuits and all that such suits entail.  The families of loved ones killed in such a fashion would deserve compensation for their loved ones’ wrongful deaths, any potential lost wages, pain and suffering, and loss of consortium.

Who else is responsible?  While it was certainly Mr. Kania’s choice to drink that night, it was the choice of his older “friend” to share his ID card, and it is impossible to know if this terrible tragedy would have even happened if that had not occurred.  If an incident of this nature had occurred in Massachusetts, the friend who provided the license to an underage drunk driver may be held partially liable for the collision and the wrongful deaths.

Losing a loved one unexpectedly, especially under tragic circumstances such as a drunk driver, can be positively devastating.  The laws involved with the probate process, liability, and insurance are dizzying.  Experienced wrongful death attorney Neil Burns has been practicing law for 30 years and can guide you through the process carefully and thoughtfully.  He will work tirelessly to get your family every dollar deserved for your loss.  The initial consultation is always free.  Call 617-227-7423 today.