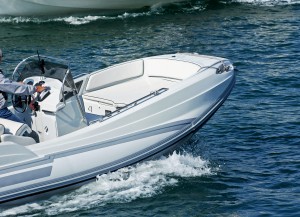 On May 30, 2015, Boston attorney Benjamin P. Urbelis, was arrested for causing serious bodily injury while operating a boat under the influence of alcohol after a 19-year old woman got her arm cut off by his boat’s propeller.  Mr. Urbelis’ has since been indicted on charges of negligent operation of a boat, operating a boat under the influence of alcohol, and providing alcohol to minors.  The cruel irony of this tragedy is that Mr. Urbelis is an attorney that specializes in OUI and DUI cases and his boat was named “Naut Guilty.”  Mr. Urbelis also runs Top Shelf Entertainment, a nightlife promotion business and has an ownership interest in Julep Bar in Downtown Boston.

While subsequent reports indicate that Attorney Urbelis was in the water a distance from the boat when another person, 24 year old Alexander Williams, was operating the boat.  19 year old Nicole Berthiaume  allegedly jumped out of the boat and her arm was severed by the propeller.  Mr. Williams was indicted on charges of negligent operation of a boat, tampering with evidence and providing alcohol to minors.  Both defendants are scheduled to appear in court on July 31.

Increase in Boating Accidents Since 2013

The United States Coast Guard reports that in 2014, there were more than 4,000 boating accidents in the US that included more than 600 deaths, over 2,600 injuries, and approximately $39 million in property damage.  This number was higher than their 2013 report, and also includes some bleak statistics:  the number one contributing factor in fatal boating accidents was alcohol.  Getting behind the wheel of a boat demands just as much responsibility as getting behind the wheel of a motor vehicle.  You have a legal obligation to others to drive your boat safely and carefully, which cannot happen if you are boating under the influence of alcohol.  Driving a boat involves careful speed control, being on the lookout for swimmers, animals, and other boats, and carefully steering around any obstacles such as buoys, rocks, or bridge supports.  Alcohol slows the brain, lowering inhibition and increasing reaction time.  If you are planning to drink alcohol while enjoying time on a boat, implement a designated driver just as you would with your car.

Thankfully, Massachusetts has a strong Boating Under the Influence (BUI) law.  Anyone found with a blood alcohol level of .08 or higher will be “presumed to be operating under the influence of alcohol” and by law has “consented to submit to a chemical test or breath analysis” following arrest.  Someone who refuses such a test risks having their (motor vehicle) drivers license and their boat’s registration revoked for up to 120 days.  In addition, the Massachusetts Environmental Police requires immediate notification of any accident that includes property damage of more than $500 and any personal injury in which more than basic first aid is required.   A Boating Accident Report must be submitted within five days, or 48 hours if a death is involved, and the Massachusetts Environmental Police obliges parties involved in collisions to provide names, addresses, and boating registration information before leaving the scene of a collision.

Not only do boating collisions and boating under the influence involve legal ramifications, there is also a risk of serious personal injury.  There is the risk of bodily harm from propellers, as was seen in Mr. Urbelis’ case, as well as risk from being thrown from the boat or hitting the deck in a harmful fashion in the event of a collision.  Injuries may include concussions, loss of limbs, lacerations, and even potential death from drowning or as a result of other injuries.

If you or a loved one are involved in a boating accident, there may be mountains of medical and property damage bills and insurance paperwork.  In addition to those headaches, there may be months of medical treatment required or even the planning of a funeral.  Don’t face those challenges alone.  Hire experienced boat accident attorney Neil Burns.  Attorney Burns has been practicing law for three decades and specializes in getting injured families every dollar they deserve for medical treatment, lost wages, pain and suffering, and loss of consortium following the death of a loved one.  Contact 617-227-7423 today to schedule your free initial consultation.