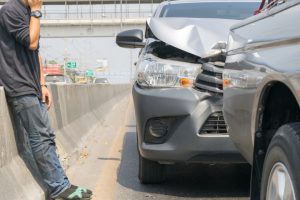 Have you ever been hit from behind in a car accident? Chances are that you have or know someone who did since these types of accident occur more frequently than any other type of auto collision. In our state, we have our share of dangerous intersections where most car accidents occur including rear-end collisions. Springfield, one of our larger communities, unfortunately is among the top 5 cities in the state for car accidents. At the intersection of Main and Plainfield, Springfield, for instance, there were a reported 56 car crashes with 25 resulting in injuries between 2013 and 2015.

Springfield, like many other communities in our state, has a long history having been founded in 1636. In fact, it is reportedly the first city to be so named out of the 33 Springfield’s across the U.S., which does not include 36 Springfield townships. However, it is better known as the birthplace of basketball. Although the number of residents tops out at just over 153,000 (at least as of 2010), the Springfield metropolitan area boasts a population of 693,000, second only to Boston’s. Obviously, with such a large and concentrated population, you will find a large number of collisions since vehicle traffic can be heavy at any time of day. .

The causes of any hit from behind accident are the usual suspects:

The main factor in a rear-end accident is probably inattentiveness. The proliferation of texting and driving has contributed to this but many drivers approaching an intersection are simply not paying heed to what a motorist in front of them is doing, whether it is slowing for the light, a pedestrian in the crosswalk, or for any other reason.

In the majority of cases, the motorist who struck the vehicle in front of it is at fault, regardless of the driver’s assertion that that car stopped suddenly. When following another vehicle, you are obligated to keep a safe distance behind it so that you can safely come to a stop, even if it requires braking for an emergency.

When struck from the rear, drivers and passengers often sustain whiplash or acceleration/deceleration type injuries. The term derives from your body’s reaction to the collision by your neck and back being forcefully and violently thrown  forward and then backward. This action hyperextends the ligaments, tendons, and muscles in your neck and back. In some cases, injuries extend to the spinal cord causing fractures. If you struck your head, traumatic brain injury can result. Should your car have been pushed into a vehicle in front of yours, then your airbag may deploy that can cause additional injuries to your face and chest.

Many whiplash victims recover from their injuries within a few weeks, but a great number of people have lingering symptoms that can be debilitating and cause them to miss time from work. For a number of unfortunate sufferers, these symptoms last for months or even years.

In some cases, a rear-end collision can cause spinal problems such as a herniated disc that may require surgery.

A rear end accident may appear to be an open and shut case as far as liability is concerned, and most insurers will accept liability on the part of their insured who caused the accident. However, your case is only beginning because you must provide adequate proof that you were injured, that your injuries were serious, and that your medical expenses were fair and reasonable as well as related to the accident.

For example, whip-lash injuries are commonly called soft tissue injuries, meaning that your ligaments and tendons suffered damage but not to a bone, organ, or sense such as sight or hearing. Because such injuries are not visible and do not show up on X-rays or MRIs, they are considered subjective. It is not uncommon for insurance adjusters to be skeptical if you claim that your symptoms have persisted for more than a few weeks or that you are unable to perform your job or daily living activities.

Further, many insurers do not trust the treatment rendered by chiropractors or their opinions and will typically have their own orthopedic physicians review the medical records so as to claim that treatment was unnecessary or excessive. If a lawsuit is filed, your physical condition is at issue and you will have to submit to a medical examination at the request of the defense.

A strong Springfield car accident lawyer is vital so that your claim receives the attention and seriousness it deserves. Your attorney can assist your treating health care provider in supplying the necessary documentation and reports to support your claim of injuries and damages, or you will be looking at no more than a nuisance offer to resolve your case.

Damages in a rear-end accident depend on the nature and extent of your injuries and your or your attorney’s ability to support your claim for damages with credible evidence. Typical damages include:

Consult The Law Firm of Burns and Jain

In any accident within the Springfield metropolitan area, you will need a Springfield car accident lawyer. The lawyers at Burns and Jain have decades of experience in handling all types of auto accident claims and have recovered millions of dollars in compensation for their injured clients and their families. Call Burns and Jain today at (617) 227-7423 for a consultation about your injury claim. Our fees are only collected if you receive compensation.