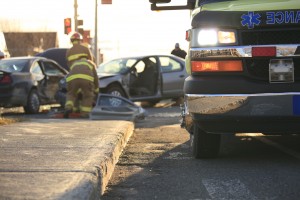 In July, Massachusetts will join a growing list of states that have legalized marijuana use for recreational purposes. Many people will be welcoming the legalization of marijuana for various reasons. These include the inaccurate and unscientific comparison of pot to harder drugs like heroin or cocaine, its inclusion as a controlled substance, the mass incarceration of mostly minorities for its mere possession over the decades, and its proven medical benefits. However, marijuana is still a drug that affects cognition, coordination and reaction time, all factors that can lead to deadly consequences while driving under its influence.

Drug use in America, especially opioids, is an epidemic in nearly every state. Massachusetts is no exception. In 2015, opioid use here was 4 times higher than it was in 2000. Fortunately, our rate of use is beginning to drop. Last year saw an 8.2% decrease in use from 2016, a sign that awareness campaigns and treatments are working, though much more needs to be done before declaring “mission accomplished.” In 2016, there were 1,977 deaths from opioids compared to 2,155 reported deaths in 2015. Opioids include many familiar pain killers such as Vicodin, Percocet, Oxycontin, and Demerol. Use of the drugs can impair coordination, reduce reaction time, and cause blurred vision.

So while the chances of being hit by a drunk driver have decreased over the years, operating under the influence of alcohol or drugs remains one of the main causes of accident fatalities.

While marijuana is not considered an opioid, it is still unlawful to drive while under its influence as is driving while under the influence of any drug, legal or not. In other words, even if you legally purchased the drug for medical or recreational use, refrain from driving until the effects have completely dissipated or you could face significant criminal and civil penalties.

There have been conflicting studies about the effects of marijuana on a person’s ability to drive. However, a small study recently conducted by the National Institute on Drug Abuse reportedly measured the influence marijuana had on drivers. It had 18 individuals operate motor vehicles in a driving simulator with various subjects having consumed alcohol, others cannabis, and some with no drugs or alcohol at all. Drivers with a blood alcohol concentration of 13.1 ug/L THC, the psychoactive ingredient in cannabis, displayed increased weaving and reduced field of vision. This level of THC is similar to a person having a BAC of 0.08%, the threshold level at which you are presumed to be under the influence of alcohol.

One of the researchers opined that a BAC of half this level is unsafe. Washington State, which legalized recreational pot 2-years ago, has a threshold THC level of 5 ug/L THC. The Massachusetts law that will go soon go into effect does not impose a threshold for marijuana.

One issue with marijuana use is that it affects different people differently. A driver with a high tolerance level may exhibit few symptoms of impairment at the same level at which a low tolerance level person may display signs of obvious impairment. Another issue is that THC at certain levels can remain in your system long after the effects have worn off. Still another concern is that the THC level can dissipate considerably from the time you were arrested for driving to the time a blood test is administered. By law, a test administered within 2-hours of your arrest is considered a valid indication of your BAC level at the time you were arrested.

Researchers did find that combining alcohol and marijuana significantly increased impairment. Alcohol increases THC absorption so that the high is more intense.

If you were hit by a suspected drugged driver, then that person may be asked to first undergo a field sobriety test called horizontal gaze nystagmus (HGN) so long as the officer is trained in how to administer it. The officer holds an object like a pen or small thin flashlight before your eyes and moves it back and forth, looking for certain jerky movements that indicate the presence of a drug. If so detected, the officer will request that the driver undergo a blood test since a breath test is only valid for alcohol use. If the driver refuses, then his license is automatically suspended for at least one year and there is likely jail time for the motorist if convicted of DUI. Also, a prosecutor can argue to a jury that you refused testing because you were under the influence.

HGN is not a truly accurate scientific measure of drug impairment and does not identify the drug though advocates claim it can indicate a significant amount of the drug in your system. Since it is subject to intense scrutiny at trial, the arresting officer will generally point to other indicia of impairment. If there were witnesses, they can point out that the driver was weaving in and out of lanes or swerving in the moments before the accident. At the scene, the officer can observe the driver’s speech, coordination and ability to answer questions. If the person appears confused or unable to stand or walk normally, then these are indications of impairment.

For injured victims, you need only prove that the other driver was negligent in causing the accident. This means that he/she failed to exercise ordinary care while driving, which can mean speeding, running a stop sign or red light, making an unsafe lane change, or failing to stop in time and rear-ending your car. Evidence of impairment by the driver may make it easier to prove negligence but it does not increase your damages.

Damages for being hit by a drugged driver vary depending on the nature and extent of your injury. You will likely receive more compensation for a broken arm than a strained back though other factors will influence how much you obtain such as the effect the injury has had on your life, loss of time from work, inability to engage in activities you could perform before the injury, likelihood of future treatment, and others.

Punitive damages are only available in wrongful death claims in Massachusetts. If your loved one was hit by a drunk driver or by a drugged driver and suffered fatal injuries, then a claim for punitive damages could be brought. Punitive damages are available if the defendant’s conduct was grossly negligent or much more egregious than ordinary negligence. It is often defined as a willful or wanton disregard for the safety of others. Certainly, drugged or drunk driving could qualify especially if the defendant’s BAC or THC level was substantial and the individual’s conduct was particularly reckless.

If you or a loved one was hit by a drugged driver, call our offices to discuss your injury claim. Our attorneys have been representing the interests of injured victims in Massachusetts for decades and have obtained millions of dollars in compensation for them and their families. Call us today at (617) 227-7423 for a free analysis of your case.