Traffic accidents happen everyday and chances are that if you drive long enough, you will be in one as well. And if you are injured, what happens if the motorist who caused your accident was uninsured? 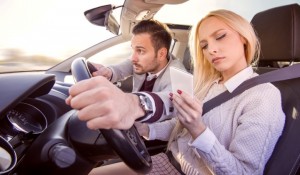 Massachusetts is a no-fault state, meaning that if you are injured in an accident, you look to your own auto insurance first for PIP benefits that are paid regardless of who caused the accident. PIP benefits cover up to $8000 for medical and lost earnings. If another driver caused your accident, then you can bring a claim against that driver provided your medical expenses have exceeded $2000 or you sustained a serious injury or a permanent and serious disfigurement. PIP benefits are only available if you are insured.

But what if the driver who caused your accident was uninsured? How does that affect your claim for injuries that exceed the available PIP benefits? National statistics show that about 13% of all motorists do not carry auto liability insurance, though it is required in all states except New Hampshire and Washington D.C. In Massachusetts, we are one of the highest insured with only 6.2% of drivers uninsured, but that does you little good if one of those persons in the 6% category collides with your car and injures you.

Fortunately, Massachusetts requires that you carry uninsured coverage along with auto liability; unfortunately, the minimum required is only $20,000/$40,000. That means your insurance only covers $20,000 for an injured party and $40,000 for multiple injured claimants. Although the average auto injury claim in the U.S. in 2013 was $15,443, any serious injury will be thousands of dollars more. So if you are injured and your expenses and damages are $100,000, you will get only $20,000 from the minimally covered motorist. If he or she is uninsured, then you must look to your own policy. Hopefully, you will have adequate insurance limits that is more than the minimum.

So, are you prepared in case you suffer a serious, disabling injury that can affect you and your family for years?

UM coverage protects you in case the responsible motorist is uninsured. As stated above,  you look to your own UM policy, which should be at least $50,000 since the minimum state requirement of $20,000 will likely not adequately cover you for a serious injury.

When you bring a UM claim, your own insurer can become your adversary, which is why you need professional legal representation. You still have to prove the uninsured driver was negligent and that your reasonable medical expenses related to your injury accident are at least $2000, or that you sustained a serious or permanent injury or disfigurement.

In many claims, your own insurer will challenge your assertion regarding liability of the uninsured driver, or that you were comparatively negligent, and/or that your injuries were either pre-existing or non-existent, especially if you are claiming soft tissue injuries. These claims are handled like any other injury claim except that if it is not settled, it is resolved by binding arbitration rather than a jury trial.

UM coverage will also cover you if you are a passenger or a pedestrian who was injured by an uninsured driver or by a hit-and-run driver. Having UM coverage can be a financial life-saver for you because if an uninsured driver causes you serious injuries, you can be compensated for your unpaid medical bills, lost earnings, property damage, and pain and suffering.

Another very essential component of uninsured motorist coverage is underinsured coverage. Massachusetts law does not require that you have UIM coverage but you leave yourself woefully unprotected if you happen to be in an accident with a driver who is insured but has only minimal coverage. Underinsured is a type of safety net in the event you sustain a serious car accident injury and the at-fault motorist has insufficient liability limits.

For example, if your medical bills are $25,000 and you have lost earnings of $20,000 and sustained permanent scarring, your general damages may be an additional $50,000 to $100,000. If the responsible motorist has only $25,000 or even $50,000 in coverage, this will not adequately compensate you. With underinsured coverage, you would first have to obtain the other driver’s coverage limit before you can make a claim under your UIM policy and so long as it exceeds the other party’s policy limits. If you have $100,000 UIM coverage and the other party had $50,000, then you can seek another $50,000. But if you have only coverage that is below or matches the other party’s limits, then you cannot be further compensated.

Your UIM coverage should at least match your UM limits. If you have $100,000 in UM coverage, then your UIM should match that. Underinsured policies can also cover you for property damage.

You can also purchase umbrella insurance that takes effect after you exhaust your policy’s limits. Coverage can be $1 million or $2 million. For high earners or those persons with considerable assets, this may be a wise investment.

Damages in an uninsured car accident are no different from those sustained in other car accident claims. These typically include:

Injured persons in uninsured and underinsured cases look to the Law Offices of Burns and Jain for full legal representation for their accident claims. Burns and Jain have decades of experience in handling all kinds of car accident and other personal injury claims and have obtained millions of dollars in compensation for their clients. Call us today to discuss your injury claim at 617-227-7423.