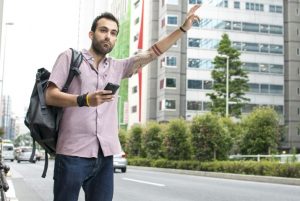 Periodically, we get reports of Uber drivers assaulting passengers. A number of cases have been filed across the nation alleging that passengers or riders were sexually assaulted by their Uber driver. This begs the question of what kind of background checks Uber is conducting of its drivers so as to protect the public?

As ride-sharing entities, Uber and its competition, Lyft, are not treated the same as taxi companies and are not subject to the same regulations. For example, Uber and Lyft drivers are not considered commercial drivers. However, ride-sharing drivers in Massachusetts have been subject to strict guidelines regarding driver eligibility that has caused the legislature to pass a new law that could allow some previously ineligible drivers to now become Uber drivers. But by doing so, is the public being protected?

What You Need to Know About Uber & Lyft in Massachusetts

In Massachusetts, Uber and Lyft are under the auspices of the Department of Public Utilities (DPU). Recently the DPU filed an order that will relax some of the restrictions on becoming a driver, notably for offenses that occurred years earlier or for which a continued without a finding (CWOF) court disposition was recorded. A CWOF is when an individual, instead of pleading or being found guilty of a particular criminal offense, is placed on probation and if all conditions are met, the charges are dismissed, without any finding of guilt. This designation is still part of an individual’s record and, accordingly, Uber was disqualifying drivers who had a CWOF on their record. The new rule should remove this restriction. It also grants disqualified drivers a hearing so they can argue that they should have the opportunity to become an Uber or Lyft driver.

A new state law will continue the practice of not requiring prospective Uber and Lyft drivers to submit to fingerprinting, though background checks are conducted by these companies. These new rules and laws attempt to balance the rights of drivers who were unfairly penalized for offenses either committed long ago or for which no conviction was recorded, and the rights and safety of the public. Of course, many individuals who committed an offense as a young adult have become law-abiding and productive citizens and should be given the same opportunities for employment offered to anyone else who is similarly law-abiding.

However, public safety should always be the number one priority.  However, there are always individuals who seem to defy or circumvent the screening process. By not requiring fingerprinting as part of a comprehensive background check, Uber and Lyft may be setting themselves up for lawsuits should a passenger be assaulted by a driver whose risky behavior could have been predicted by routine fingerprinting that would have uncovered prior offenses that might not have been otherwise revealed.

For instance, an individual with a conviction or numerous arrests in other states may have taken on another identity when applying for an Uber driving job. Or, a background check that is currently being performed may not have disclosed a poor driving record where the individual has had numerous accidents, speeding and other violations in not criminal behavior. In any event, officials in various states where Uber is operating have found persons that Uber qualified for driving despite their having prior convictions for kidnapping, murder, robbery, identify theft, and sexual exploitation of minors.

Uber has consistently opposed stricter background checks that include fingerprinting since it wants as many drivers on the road as possible. It may also consider the occasional assault as a cost of doing business. These are issues that an Uber lawyer representing a passenger who has been assaulted or otherwise injured by an Uber driver with a previous criminal or poor driving record should address.

Responsibility of Uber and the Uber Driver

Uber drivers are no different from any other regular motorist on the roadways in that they have a duty to exercise at least ordinary care when driving. In some lawsuits against Uber, the plaintiff’s car accident lawyer is contending that Uber drivers have a higher duty of care since they are a common carrier, at least when transporting persons for a fee.

Uber has a $1 million liability policy for accidents in which its drivers were negligent and caused injury to someone while transporting passengers.  Passengers can protect themselves from receiving inadequate compensation in an accident by having uninsured and underinsured coverage that exceeds the state minimum liability limits of $20,000 per person and $40,000 per accident.

In case of an assault, it should not matter if the app has been turned off when the assault is taking place or that the criminal conduct was not part of the driving duties so that Uber should be held liable along with the driver. Uber has consistently argued it is not vicariously liable since its drivers are independent contractors.

Your Uber lawyer can certainly contend that Uber had a responsibility to the public, including yourself, to hire drivers who do not pose a substantial risk. If a background check as comprehensive as other public agencies conduct, including fingerprinting, would have revealed the driver’s past conduct or criminal behavior, then Uber should be held at least responsible for negligent hiring.

Damages in a Uber Accident

If you were injured in any kind of motor vehicle accident, promptly contact an experienced personal injury lawyer. A seasoned Uber lawyer is Neil Burns who has handled the most complex injury cases and has obtained millions in compensation for his injured clients.

Damages in an Uber car accident may include:

Massachusetts does not allow for punitive damages unless there has been a fatality. Punitive damages are awarded where the defendant is guilty of gross negligence or has exhibited a willful indifference to the rights and safety of others.

In case of an assault, these same damages would apply, especially those for emotional distress where an individual may potentially experience extreme psychological damage that can affect them for years.

Neil Burns is a Boston personal injury lawyer who has been representing the interests of injured persons throughout Massachusetts for over 25 years. He is also an Uber lawyer who has represented passengers and pedestrians injured by Uber drivers and can address issues related to the responsibility of Uber should you have been assaulted by an Uber driver.

All injury claims are taken on a contingency basis so there are never out-of-pocket costs to you.  Call the Attorney Burns today for a free analysis of your injury claim at 617-227-7423.