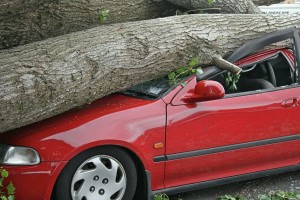 A recent tragic car accident in Dubai resulting in the deaths of two Northeastern University students may have been prevented if the students and the two other passengers in the 2-seat Ferrari had chosen a more suitable or larger vehicle.  A Dubai prosecutor intimated that two of the individuals were “lapping up” or apparently sitting in the laps of the other two and had been drinking.  The driver was travelling around 40 miles per hour in a 25 mph zone when it jumped a curb and hit a pole.

What lent a note of added pathos to the tragedy was that one of the Northeastern students was a survivor of the Boston Marathon massacre who had suffered a severe leg injury that nearly killed her.

The practice of “lapping up” is where more people than there are seats are passengers in a car and have to sit on someone’s lap.  Drinking is sometimes a part of this practice that exacerbates the situation, but the mere fact that people are unsecured in the car and likely distracting the driver poses a considerable risk by itself.  Any kind of collision or sharp movement by the car can send passengers flying within the car and disturb the driver or be ejected through a window or door and lead to tragic circumstances that might otherwise have been prevented.

Who has not heard the phrase that seat belts save lives? Studies show that your chances of surviving a car accident or suffering a serious injury are decreased by 50% if you are properly restrained.  Still, about one in 7 drivers (14%) still neglect to wear one.

Every state in the union requires that seat belts be worn by adults and children of a certain age who would otherwise have to be restrained in a child safety seat.  Under Massachusetts law, seat belts must be worn by persons at least 16 years of age in any passenger vehicle, vanpool or truck that weighs less than 18,000 pounds.

The motorist and passenger can be fined $25 and an additional $25 for each passenger under the age of 16 who is not properly restrained.  However, unlike most other states, you cannot be stopped by a police officer if that is your sole motor vehicle violation.  In other words, the officer must have observed you speeding, making an unsafe lane turn or committing some other violation before citing you for not being belted.

There are exemptions to the seat belt law:

Children who are under 8 years of age or under 57 inches tall must be restrained in an approved child safety seat.

Proving Fault in a “Lapping Up” Accident

Passenger victims in a “lapping up” accident can still recover compensation if they are injured by the negligent conduct of the driver of their vehicle or by that of another motorist.  Defense attorneys and insurance adjusters may argue that you were comparatively negligent by “lapping up” and or getting into a car being driven by someone who has been drinking.  Not wearing a seat belt can be considered negligence on your part as well unless you can demonstrate that the accident injuries you suffered would have occurred regardless if you were wearing a seat belt.

Accident reconstruction and biomechanical engineers may have to be retained by your seat belt lawyer in serious accident or wrongful death claims to show that the fatality or injury would have resulted whether the victims were seat belted or not because of the severity or nature of the accident and forces involved.

Massachusetts has a modified comparative negligence law. Passenger victims who were “lapping up” or anyone else who was not wearing a seat belt when injured must show that they were less than 51% at fault in causing their own injuries or they may not recover any compensation. Also, the degree of comparative negligence, if under 51%, will reduce the amount of damages awarded.  If a jury awards you $100,000 for your injuries but that jury determines that you were 45% at fault, you may recover $55,000.

If you or a loved one was involved in this type of case, a party car lawyer can advise and represent you in your claim.

Damages in a Car Accident Case

If your accident and injuries were caused by the negligent conduct of another person, then you are entitled to the following damages once proved:

A “lapping up” injury case demands the experience and knowledge of a party car lawyer like Neil Burns of Boston.  If necessary and applicable, Mr. Burns can retain certain experts to show that it was the wrongful or negligent conduct of another party who substantially caused your accident and injuries.

Call the law office of Neil Burns for any accident injury claim you have. All injury cases are on a contingency basis so that Mr. Burns only recovers his legal fees if you recover damages for your claim – call today 617-227-7423.