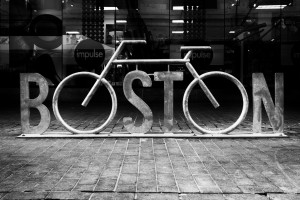 Bicycles have always been a part of Boston’s urban roadways as they are in other cities.  They are a cheap alternative to commuting as well as a means of exercise and to reduce traffic congestion.  Many cities and towns are providing bike lanes on roadways to encourage bicycle use and to keep bicyclists safe from inattentive or careless motorists.  Some, like the city of Boston, are implementing bike initiatives to achieve this very purpose.

Whenever a motorist, pedestrian or bicyclist is on a city street, accidents and tragedies are bound to occur.  Pedestrians and bicyclists are, of course, much more vulnerable to injury when sharing the roads with a car, bus or truck.  Despite media warnings and the presence of bike lanes, bicyclists are not immune from motorists who drive distracted, are intoxicated, speed, run red traffic lights or stop signs or violate the traffic laws in other ways. 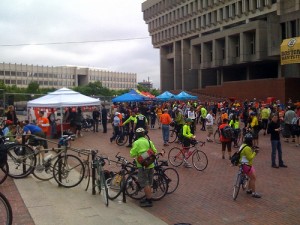 Recently, a beloved Boston endocrinologist was killed in a bike accident with a motorist at the intersection of Massachusetts Avenue and Beacon Street, a corner that veteran bicycle commuters and advocates have considered notoriously unsafe for bicyclists.  The tragedy was enough to spur action by the city’s transportation department, which came out with the bike safety initiative.

The initiative is city wide and includes installing protected bike lanes with flexible posts to delineate them from motorist traffic.  Existing bike lanes are being replaced by cycle tracks that use parked cars as a barrier between motorists and bicyclists. A the Massachusetts Avenue intersection with Beacon where the recent fatal accident occurred, new street lights are planned, a wider bus platform, marked bicycle lanes through the intersection, a prohibition on right turns on a red light and other efforts to slow traffic.  The city is also taking a more proactive approach to ticketing motorists who violate traffic laws and are considering an ordinance banning cars from parking in bicycle lanes.

The bike initiative is not without some controversy.  In revamping the Massachusetts Avenue intersection, motorists and others lament the elimination of over 70 parking spaces, an issue particularly irksome to motorists since the number of cars far exceeds available parking spaces in the city.  Business owners in these areas also fear loss of business though a New York City official countered that similar measures there actually led to increased business activity.

Sharing the road safely with motorists is the goal of bicycle safety advocates as well as the Boston Transportation Department.  Finding creative ways to implement the policy will have its detractors.  Motorists may not appreciate losing a portion of the roadway to bicyclists whom many feel have an overrated sense of entitlement and will ignore the segregated bike lanes and continue driving without regard to others.

Bicyclists are entitled to use the roadways except for freeways and other roads where signs prohibit them.  At night, bicyclists use flashing lights and reflectors but despite their efforts at being seen, motorists continue to cause serious accidents. Injuries can include:

Neil Burns is a Boston bike lawyer who has handled such injuries and is intimately familiar with the city’s ordinances, traffic laws and street configurations.  His representation in your accident case is essential in persuading insurers and defense lawyers about how your bike accident occurred so that the responsible parties can be held accountable.

Damages in a Bicycle Accident Case

If injured by a negligent motorist, you are entitled to damages for your injuries that were proximately caused by the driver’s violation of a traffic law or inattention.  In serious or catastrophic injury cases, a bike lawyer like Neil Burns who understands the consequences of such an injury and how to establish and prove future medical expenses and care is vital to your receiving the most compensation for your claim.

In a wrongful death case, the administrator for the decedent’s estate brings the claim on behalf of the immediate family. Damages are slightly different in these claims:

Contact bike lawyer Neil Buns, a veteran personal injury lawyer with 30 years of experience in serving the rights of injured Boston bicycle riders and other injured victims. He can explain your rights and options in pursuing an injury claim and how to evaluate your damages and opportunity for compensation. Call his office at your earliest opportunity so you can get the compensation you deserve.